According to information compiled by Anadolu Agency correspondents in the area, the YPG/PKK is terrorizing people staying at refugee camps in rural areas in Syria’s Deir Ez-Zor province. 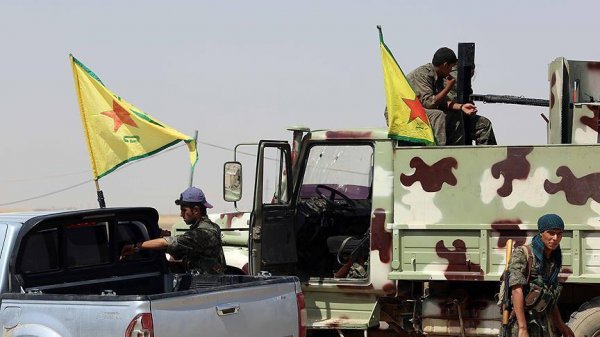 YPG/PKK terrorists accuse refugees of being members of the Daesh terrorist group, threatening them with death if they do not relocate to the Al-Hawl district near the Syrian-Iraqi border. The incidents are occurring in residential areas, such as Ayn al-Arab, Tal Abyad, al-Tabqah and Qamishli, where more than 70 percent of the population is Arab.

Since Daesh lost its influence in eastern Syria, the YPG/PKK has prevented displaced Syrians from returning to their homes, drawing accusations that the group is trying to change the region’s demographic composition.

A recent report by the Federation of Syrian Tribes and Clans stated that some 1.7 million people in the region had been displaced by YPG/PKK terrorists.