Yellow Vests are on the streets again across the country against the government’s economic policies.

France's Yellow Vest protestors on Saturday again took to the streets of cities nationwide to protest the policies of President Emmanuel Macron.

France's Yellow Vest protestors on Saturday again took to the streets of cities nationwide to protest the policies of President Emmanuel Macron. The protests, which first started as a reaction against the rise in fuel prices and the economic condition on Nov. 17, 2018, continued under tight security measures. 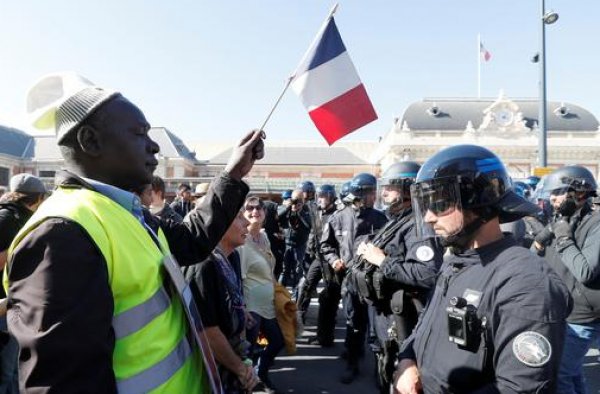 Police responded to demonstrators, who threw bottles, with teargas. The protestors were not allowed along Paris' iconic Champs-Elysees or in the city centers of Bordeaux, Toulouse, Saint-Etienne, Avignon and Rouen. Security forces announced 32 protestors had been arrested so far, and 21 who defied the ban on the Champs-Elysees were fined. 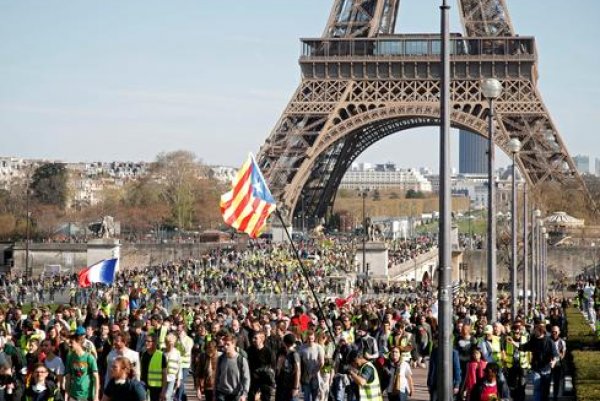 Two people were slightly injured during tensions with the police in demonstration away from Avignon’s city center. Eight protestors were arrested in Montpellier, while two police officers were injured. Three others, including two police officers, were also injured in Toulouse. 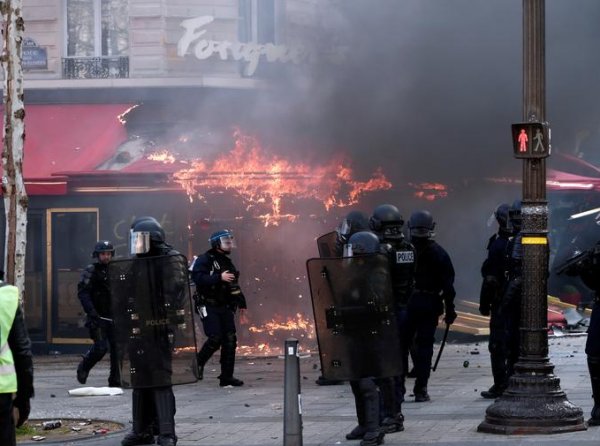 According to the Interior Ministry figures, 33,700 protestors, including 4,000 in Paris, took place in nationwide demonstrations on Saturday. Yellow Vest protests began four months ago as a reaction to rising fuel costs. 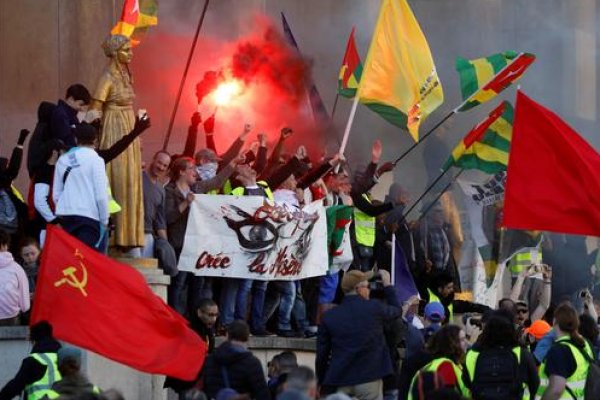 However, the demonstrations later turned into anti-government riots. The protests have left 11 people dead and more than 2,000 injured, according to the French government. Some 8,400 people have been arrested for the protests and 2,000 got prison sentences.