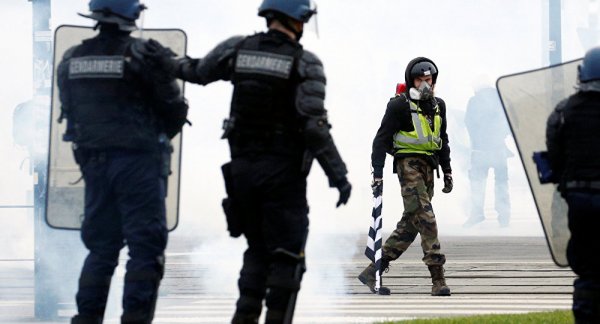 22.000 PROTESTERS MARCHED IN THE STREETS

Reuters news service estimated the total number of protesters at 22,000 by mid-afternoon in France. 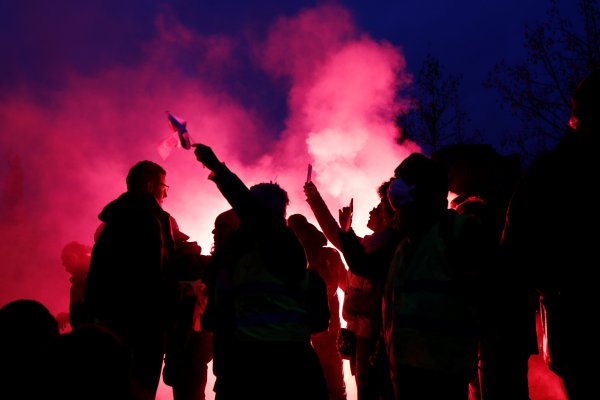 Tear gas was deployed in some areas while cars were set alight as authorities remained concerned of escalating violence. 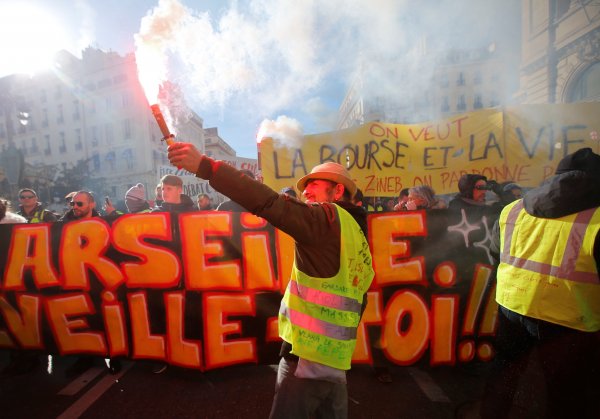 Most protests were peaceful, but in Paris there were a few violent incidents at Bastille Square, at the endpoint of the day's march.

Some demonstrators took their protest march down the iconic Champs-Elysees before heading across the French capital toward Bastille Square. 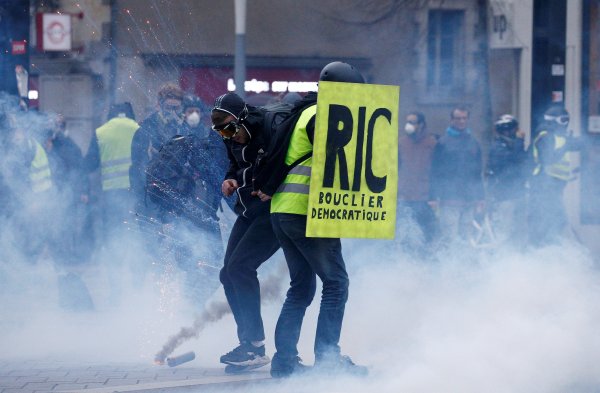 After all these, French President Emmanuel Macron doesn’t care what happened in his country.  He stills makes statements about Venezuela and Syria.