China's leader is in N.Korea for a meeting with Kim Jong-un, in the first Chinese state visit to the North since 2005.

Chinese President Xi Jinping arrived in North Korea on Thursday as Beijing looks to bolster its neighbor, hit by UN sanctions over its nuclear and missile programs, a week before Xi and Donald Trump meet amid a bitter trade dispute.

Xi, whose entourage includes the head of China’s state economic planner, will be in reclusive North Korea for two days, becoming the first Chinese leader to visit in 14 years, and could bring fresh support measures for its floundering, sanctions-bound economy. 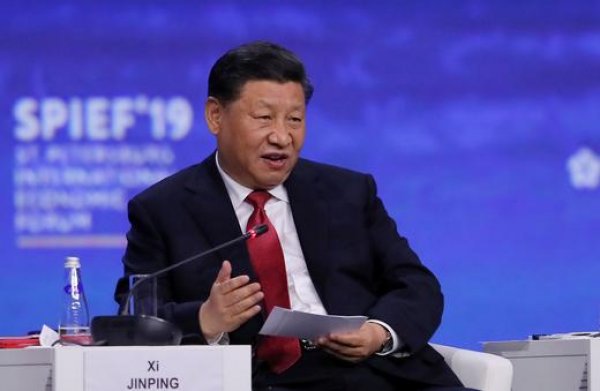 Xi was driven through Pyongyang in a convertible car and greeted warmly by the crowds on his way to the Kumsusan Palace of the Sun, a complex that serves as the mausoleum for North Korea’s founder, Kim Il Sung, the report said.

“On both sides of the streets were huge crowds of people, a magnificent and unprecedented event,” it said.