Words of support pour in for Turkey's stance on terror

Messages of support have poured in from Twitter users all over the world for Turkey’s stand against terror attacks in New Zealand.

"PROUD OF YOU TURKEY"

In response to Çavuşoğlu’s post, a Twitter user from Pakistan wrote: “Always have great respect and love for Turkey. As always, the Turkish government stands in front lines with innocent Muslims.”

“Proud of you Turkey,” said another user from Canada. “You guys always take a leap in supporting the humanitarian cause. Thanks.” “As always Turkey is standing by the Muslims,” another user from Sweden wrote. Another Pakistani user said that this is called “leadership". 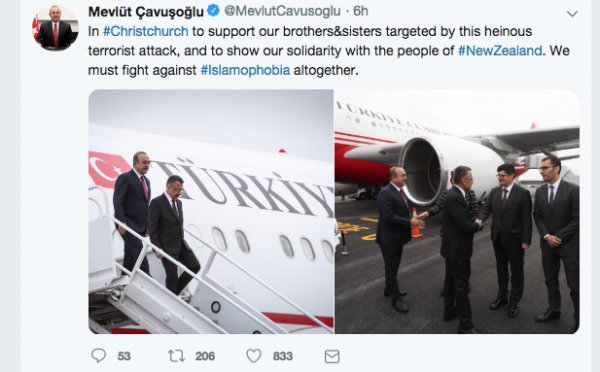 All other “important so-called stakeholders of Ummah enjoying Daily life. Shame on OIC,” the post added.

Likewise, a user from Somalia wrote: “This was a great move, honorable minister. Turkey has for a long time voiced concerns over the acute increase in Islamophobic discourse in the West.”

A high-level Turkish delegation including Cavusoglu and Oktay arrived in Christchurch on Sunday to pay respects to the victims of the terror attacks. They are expected to visit the attacked mosques Monday. 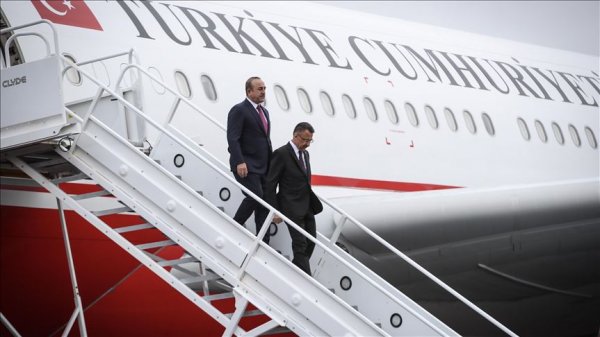 At least 50 people were killed as a terrorist opened fire on worshippers during Friday prayers at the Al Noor and Linwood mosques.

Three Turks are among the wounded in the attacks, according to President Recep Tayyip Erdoğan on Saturday.