Earlier in the day, 10 water-dropping helicopters and seven planes were deployed to help the ground operations.

Greek firefighters on Thursday battled a wind-driven forest fire that burned through pine forest and forced the evacuation of hundreds of people near the seaside village of Kechries in the eastern Peleponnese, officials said. 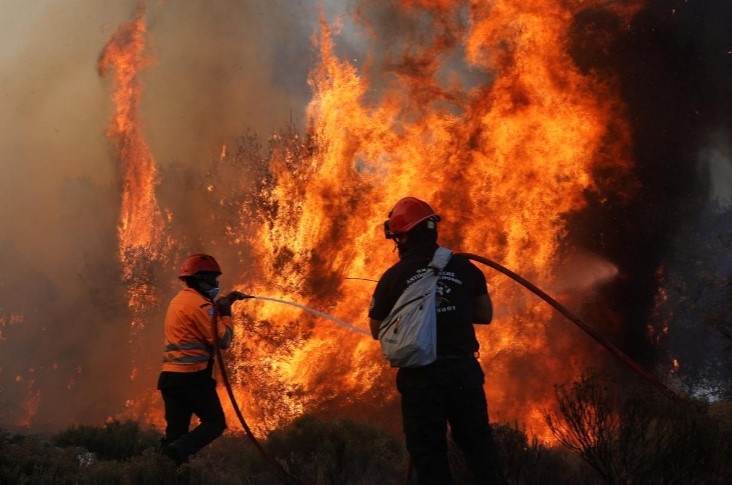 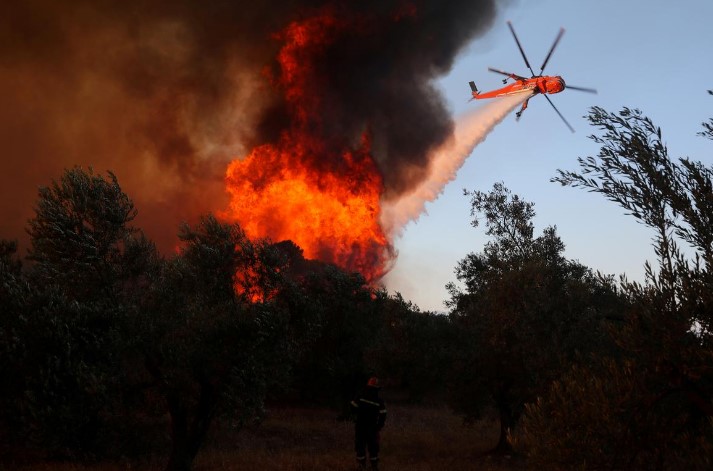 The fire lightly damaged three homes at the nearby villages of Athikia and Alamano and destroyed one fire truck, without causing any injuries to residents or firefighters. 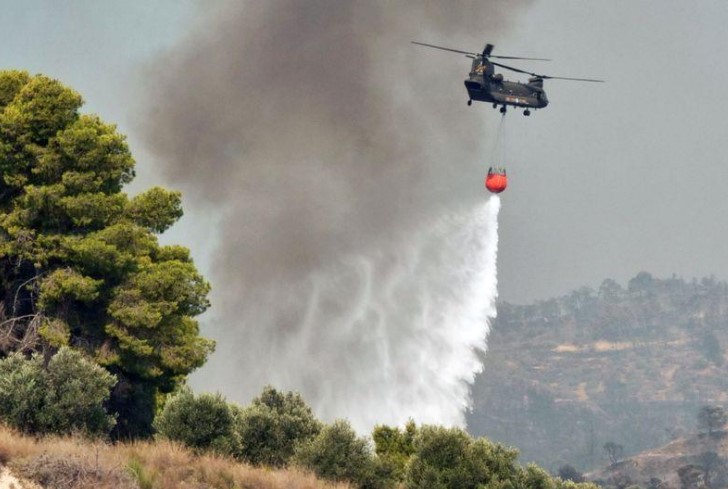 Officials said they had been forced to order the evacuation of six residential compounds and one summer camp.

Overnight the blaze moved near the villages of Galataki and Agios Ioannis, with thick smoke clouding the area. The Greek fire brigade chief was still in the area to coordinate efforts, officials said. 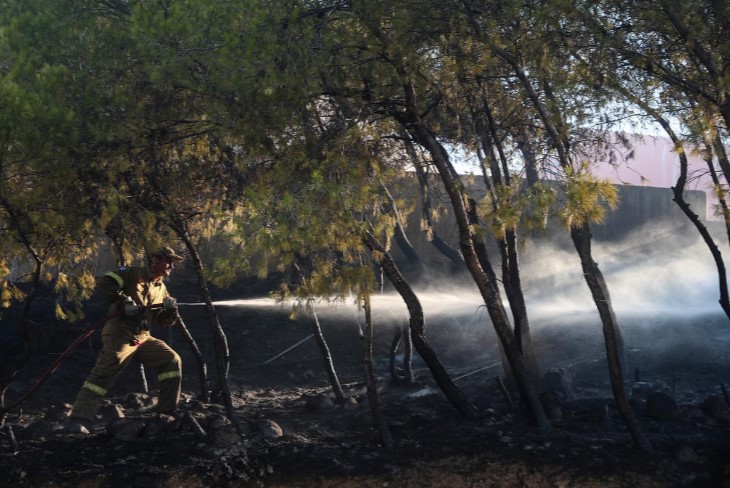 On Wednesday authorities evacuated settlements as the blaze had come close to a military camp where explosives were stored. They also preventively evacuated the “Summerfun” camp, taking children to a safer area near the village’s beach.