Trump: We will respond with great force if Iran attacks interest

Iran said this month that cap no longer applied in response to the US withdrawal from the deal.

Trump said that Iran would be met with “great force” if it attacked US interests in the Middle East, and government sources said Washington strongly suspects Shi’ite militias with ties to Tehran were behind a rocket attack in Baghdad’s Green Zone.

“I think Iran would be making a very big mistake if they did anything,” Trump told reporters as he left the White House on Monday evening for an event in Pennsylvania. “If they do something, it will be met with great force but we have no indication that they will.”

His comments came as two US government sources said the United States strongly suspects Shi’ite militias with ties to, and possibly encouragement from, Iran fired a rocket on Sunday into Baghdad’s heavily fortified Green Zone. 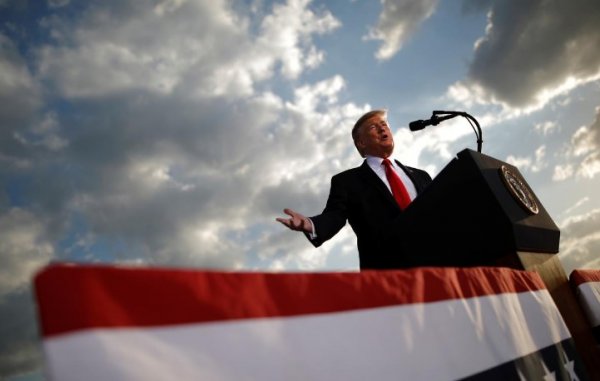 The sources, who are familiar with US national security assessments and spoke on condition of anonymity, said the United States was still trying to establish which militia fired the Katyusha rocket on Sunday and the extent, if any, of Iranian involvement. Iran has rejected allegations of its possible involvement in attacks last week and Iran’s Iraqi allies rushed to condemn Sunday’s rocket blast.

The attacks include what Saudi Arabia described as armed drone attacks on two oil pumping stations within the kingdom on May 14 and the sabotage of four vessels, including two Saudi oil tankers, off the coast of the United Arab Emirates on May 12.