In a video shared on Twitter late Wednesday, Guaido warned his supporters against "fake news".

Venezuelan government has revealed new evidence to demonstrate the alleged cooperation and ties of the opposition leader Juan Guaido with Colombian paramilitaries.

In a press conference on Wednesday, Minister for Communication Jorge Rodriguez presented a video testimony of Argenis Vaca, a member of the Los Rastrojos -- a drug-trafficking paramilitary group at the Colombian borders.

In the video, Vaca, aka known as Vaquita, details each step taken to help Guiado enter Colombia on Feb 22, when he led a failed attempt to let humanitarian aid in Venezuela, according to Caracas based TV channel TeleSur. 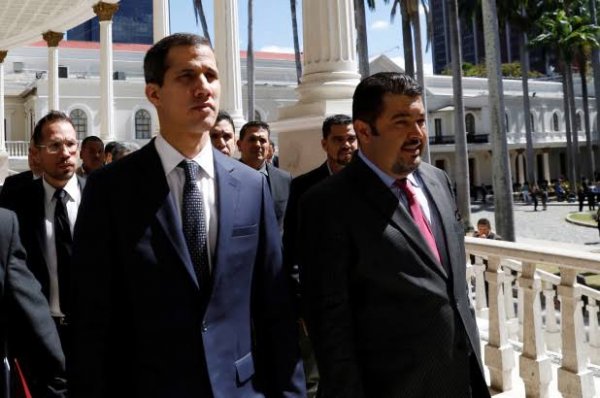 He said the drug cartel created chaos and set up numerous street barricades in several areas of Venezuela to distract the attention of national authorities from areas through which Guiado traveled. Vaca added that the paramilitaries also declared an illegal curfew in the areas where Guaido would travel, so that no one would see him arrive at that event. 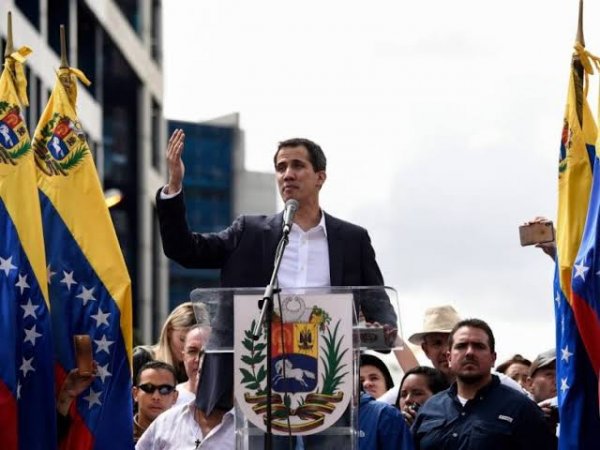 During his presentation, Rodriguez said no politician in Venezuela's history has been more "submissive" and "treacherous" than Guaido.

Late September, Guaido faced a probe over photos showing him with the leader of the Los Rastrojos, Jonathan Orlando Zambrano Garcia. Guaido claimed that he didn't know the people he was photographed with were leaders and members of the paramilitary group.