Venezuela denounces US decision to hand over facilities

Venezuelan Foreign Minister Jorge Arreaza denounced the US decision to hand diplomatic premises in Washington to the opposition Monday.

"THE DECISION VIOLATES THE VIENNA CONVENTION" 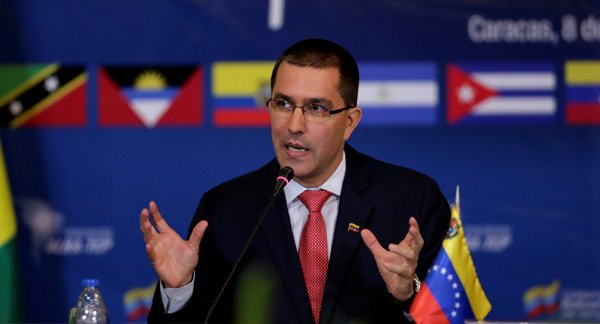 "Venezuela's diplomatic assets in the US can only be used by the official personnel that represents the government of President Nicolas Maduro," read a statement by Arreaza. He said the decision violates the Vienna Convention on diplomatic relations. Even in a rupture in diplomatic relations, Venezuela respects the US rights on its embassy in Caracas, he added.

Turkey, Russia, China, Iran, Bolivia and Mexico have thrown their weight behind Maduro.