The United States plans to host a global summit focused on the Middle East, particularly Iran, next month in Poland, U.S. Secretary of State Mike Pompeo told Fox News in an interview to air on Friday.

The United States plans to host a global summit focused on the Middle East, particularly Iran, next month in Poland, U.S. Secretary of State Mike Pompeo told Fox News in an interview to air on Friday.

INTERNATIONAL GATHERING WILL BE HELD FEB. 13

Pompeo told Fox the international gathering would be held Feb. 13 to Feb. 14 in Poland to “focus on Middle East stability and peace and freedom and security here in this region, and that includes an important element of making sure that Iran is not a destabilizing influence.”

U.S. President Donald Trump’s top diplomat is visiting a number of Middle Eastern countries this week in an effort to shore up support in the region amid a number of ongoing fronts, from the U.S. troop withdrawal from Syria to the Saudi-Qatar rift to the killing of U.S.-based Saudi journalist Jamal Khashoggi.

Pompeo, in the midst of his eight- day trip through the region, has said that the United States is “redoubling” its efforts to put pressure on Iran and sought to convince allies in the region that it was committed to fighting the Islamic State despite Trump’s recent decision to pull U.S. troops out of Syria. 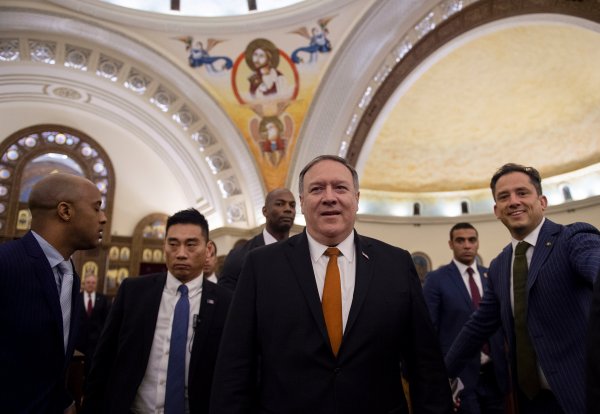 US TO REIMPOSE SACTIONS ON TEHRAN

Pompeo told Fox News the summit would include representatives from countries around the world to address Iran’s regional influence as the Trump administration has sought to pressure Tehran.

Trump withdrew the United States from the 2015 Iran nuclear accord and moved to reimpose sanctions on Tehran, even as other partners in the deal, including China, France, Germany, Russia and the United Kingdom, have sought to maintain the deal. In a shift earlier this week, the European Union moved to impose some sanctions on Iran.