On a national debate stage, Senator Bernie Sanders said that US must speak treat the Palestinian people as well with the respect and dignity that they deserve.

The United States should rethink its policies toward Israel and the Palestinians, Senator Bernie Sanders said in a Democratic primary debate on Wednesday.

"WHAT IS GOING ON IN GAZA IS UNSUSTAINABLE"

"It is no longer good enough for us simply to be pro-Israel. I am pro-Israel," Sanders said. "But we must treat the Palestinian people with the respect and dignity they deserve." "What is going on in Gaza right now, where youth unemployment is 60, 70 percent, is unsustainable," Sanders added. 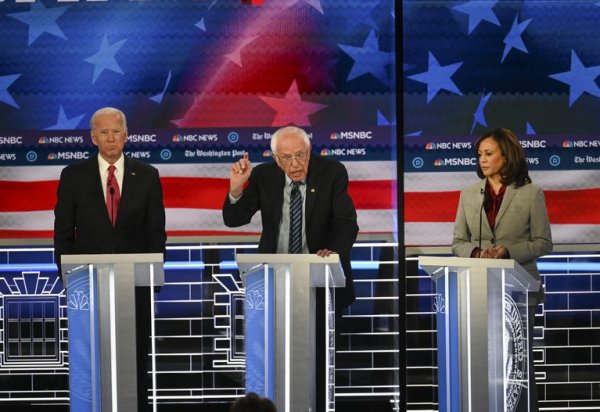 Speaking at a conference late last month, Sanders said that he would put conditions on American military aid to Israel, saying that some of the funds "should go right now into humanitarian aid in Gaza."