Trump’s special envoy to the Middle East Jason Greenblatt posted a photo of the map on Twitter welcoming Israel’s occupation.

US President Donald Trump’s envoy has issued a new map showing the occupied Syrian Golan Heights as Israeli territory, just three weeks after Trump announced he would recognise the region as belonging to Israel.

US Special Representative for International Negotiations, Jason Greenblatt,  tweeted a picture of the new map with the words “welcome to the newest addition of our international maps system after Mr. Trump issued a proclamation recognizing Israeli sovereignty over the Golan Heights”. 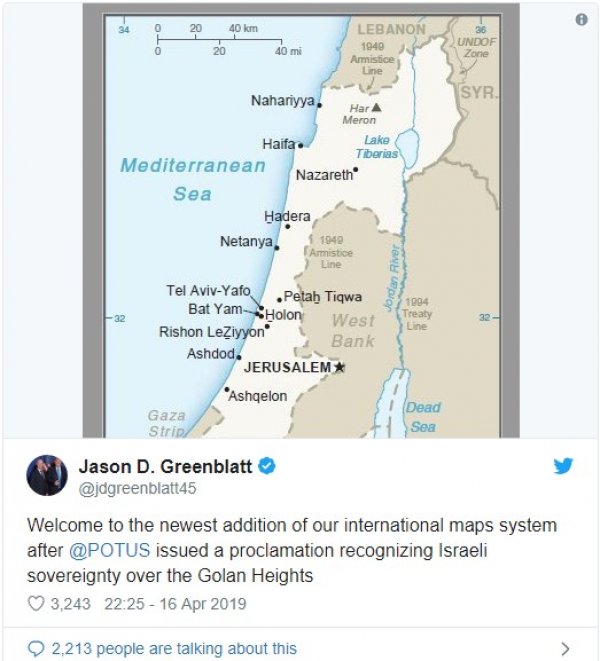 Israel has long lobbied the US to recognize its claim over the Golan Heights, but all past administration refused to heed the calls. Israel seized the Golan Heights from Syria during the 1967 Six-Day War.

Israel occupies roughly two-thirds of the wider Golan Heights as a de facto result of the conflict. It moved to formally annex the territory in 1981 - an action unanimously rejected at the time by the UN Security Council.