The first protests erupted after George Floyd died after Derek Chauvin knelt on his neck during a fatal arrest in Minneapolis, Minnesota on Monday.

Protests continued Saturday for a fifth straight day in parts of the US in response to the death of George Floyd, an unarmed black man who died after being pinned down by a former white police officer.

In the nation's capital, the focal point was the vicinity of Lafayette Park across from the White House, where thousands of people, including whites and Muslims, gathered late Saturday.

Protestors chanted "I can't breathe," "Black Lives Matter," and "No Justice, No Peace," among others, for a second night in row. Six arrests were made during protests Friday night, according to US Secret Service.

National Guard soldiers have been activated in some states.

After protests in Texas, Governor Gregg Abbott activated the National Guard, saying in a statement "violence and looting will not be tolerated." In more than 30 cities including Los Angeles, Chicago, Atlanta and Seattle, authorities imposed curfews in hopes of quelling violent protests. 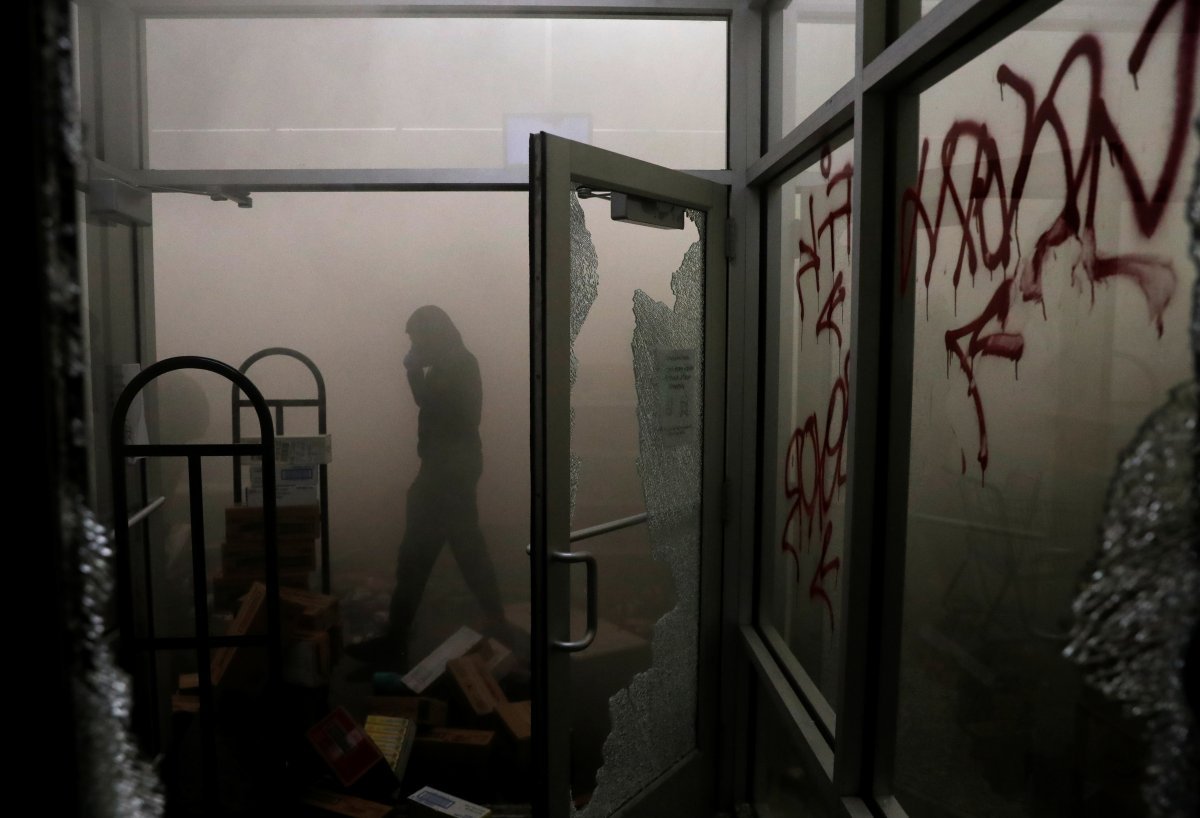