US protesters tear down Confederate statue

Protesters in Washington toppled a statue of a Confederate general late during nationwide rallies in the Juneteenth holiday commemorating the end of slavery.

Protesters in Washington toppled a statue of a Confederate general late Friday, after nationwide rallies to demand racial justice on a day heavy with symbolism.

POLICE DID NOT INTERACT WITH DEMONSTRATORS

Demonstrations were held in Atlanta, Chicago, Los Angeles, New York and Washington against a backdrop of weeks of protests fueled by the deaths of African Americans at the hands of police.

Video shows demonstrators using rope to drag the statue off its base to the ground. It was then set on fire with lighter fluid. 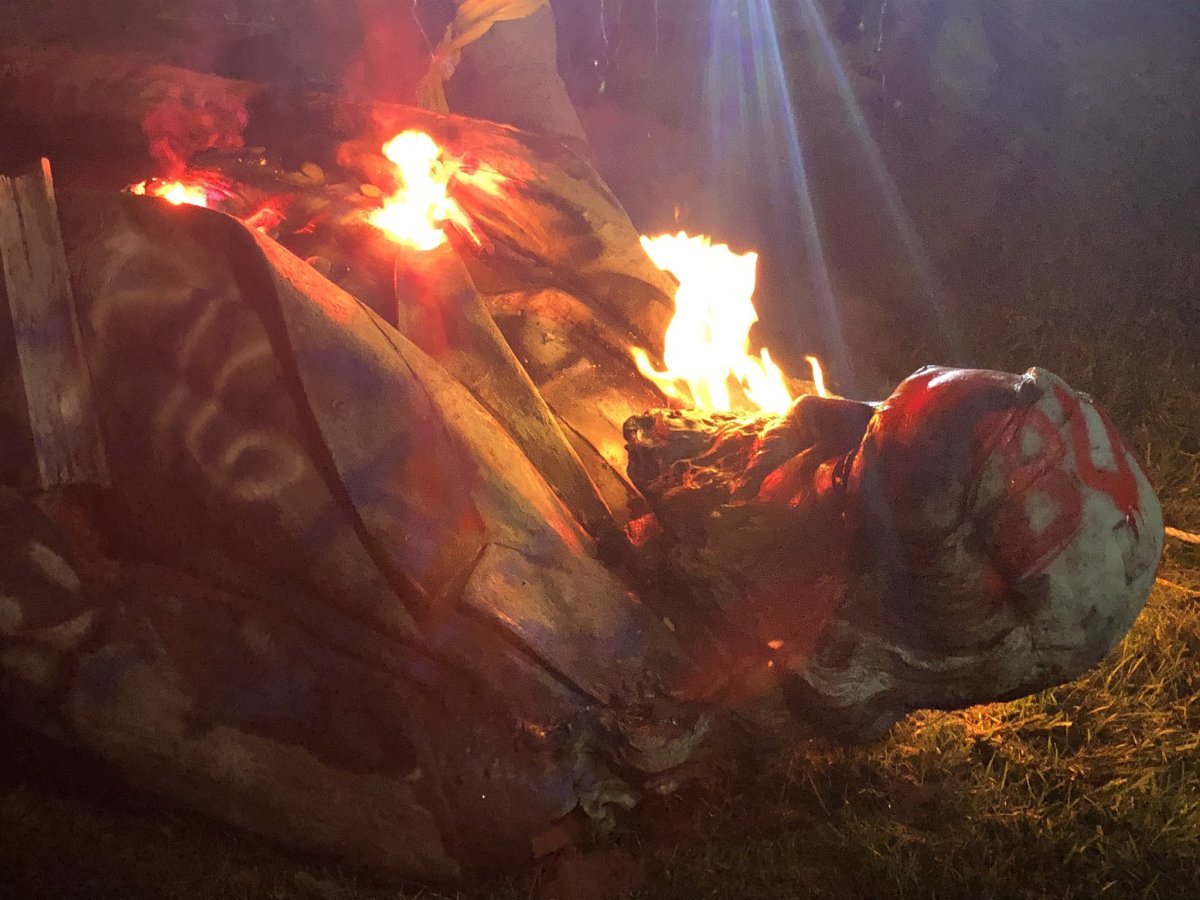 Washington Police, whose headquarters are located on the same block of the statue, put the fire out but did not interact with protesters.

After the statue was toppled Trump said in a tweet that D.C. Police should have stop the protesters from removing the statue.