North Korea fired two short-range projectiles into the sea off its east coast last week in the latest test of its large multiple-rocket launcher.

US President Donald Trump said on Tuesday he still had confidence in North Korean leader Kim Jong Un but noted that Kim "likes sending rockets up, doesn’t he?"

"That’s why I call him Rocket Man," Trump told reporters during a meeting with the head of NATO in London He said he hoped Kim would denuclearize, but added: "we’ll find out."

North Korea's missile test was seen as an effort to remind the United States of a year-end deadline Kim has set for Washington to show flexibility in stalled denuclearization talks. 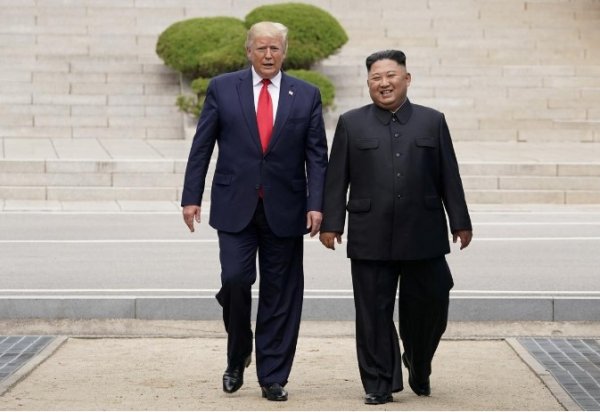 Trump said he was also pressing ahead with negotiations with allies South Korea and Japan to shoulder more of the cost of stationing US troops in those countries.