US lashes at Armenian groups' threats against Azerbaijanis

On Tuesday a large group of Armenians attacked and injured a much smaller group of Azerbaijanis and Turks who gathered near the LA consulate to peacefully protest recent Armenian aggression.

Amid brazen online threats targeting Azerbaijanis in the US, police should investigate and locals should stay alert, said Azerbaijan’s Consulate in Los Angeles, California.

On Facebook late Thursday, the consulate decried these threats, taking place just after an assault by Armenians on peaceful Azerbaijani and Turkish demonstrators, and urged the Los Angeles Police Department and the FBI to take action.

Some of the online threats cited by the consulate, such as the “armo_bountyhunters” Instagram account with an Armenian flag, offered Bitcoin payments for information on the whereabouts of local Azerbaijanis and Turks. One Armenian Facebook user praised Tuesday’s assault on peaceful Azerbaijani protestors, saying: "Death toll of Aziks will rise soon in LA. Good job brothers!!!" 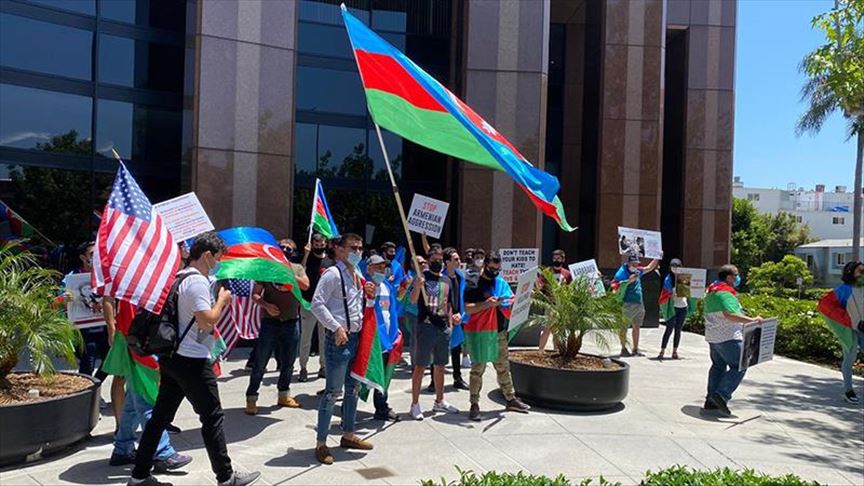 Posting a hotline number, the consulate said, "This might be part of an intimidation campaign by some radical and aggressive Armenian groups. We call on all of you to be careful and be alert for any provocation from such groups." 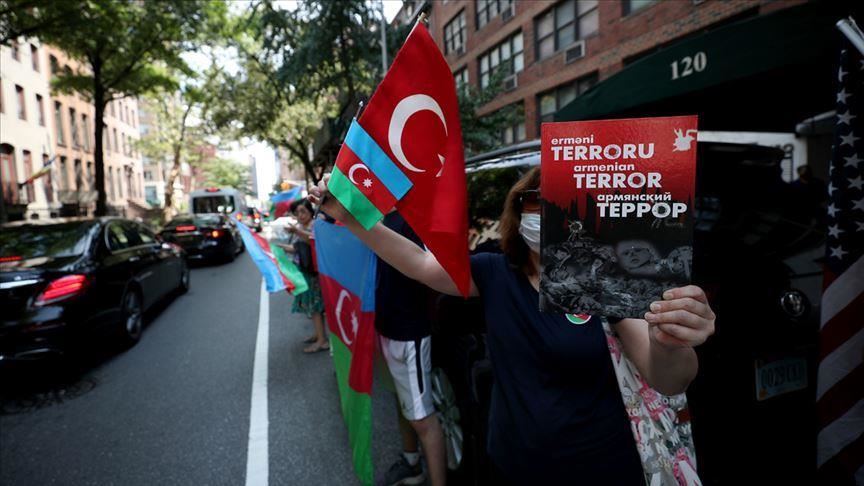 It called on the LA police to "seriously" investigate these threats and urged Mayor Eric Garcetti and all other city officials to "strongly" condemn the hate crimes committed by Armenian National Committee of America-backed Armenian extremists against Azerbaijani community members on July 21 in Los Angeles.

"It is high time to send a strong and unambiguous message to all Armenian radical groups that violence targeting any community in Los Angeles will not be tolerated," the consulate urged.