Since Washington pulled out of the Iran nuclear deal in May 2018, tensions between the United States and Tehran have risen.

The US Ambassador to the United Nations made a rare compassionate public gesture toward her Iranian counterpart in the Security Council chamber on Thursday, expressing condolences over the death of an Iranian toddler.

But after a contentious UN Security Council meeting on compliance with the 2015 accord between world powers and Iran, Ambassador Kelly Craft walked over to talk to Iran’s UN Ambassador Majid Takht Ravanchi.

Ravanchi had spoken about a two-year old girl during his statement to the 15-member council. He said the girl had died in June from a rare disease known as EB and blamed the death on US sanctions. 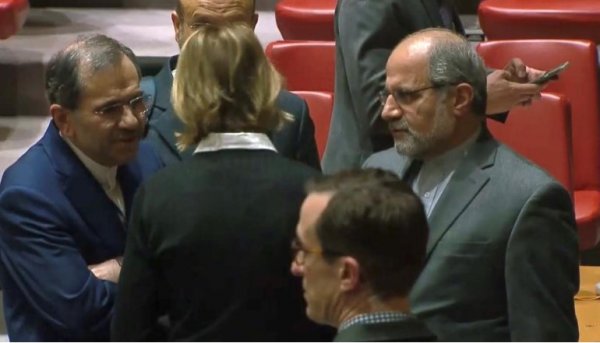 An official from the US mission to the United Nations said Craft was expressing her condolences to Ravanchi.

Iran’s UN mission spokesman Alireza Miryousefi said they “merely had a short conversation on EB patients affected by sanctions”. “It is not out of the ordinary for UN diplomats accredited to the UN to run into each other, or to have brief encounters, at HQ,” Miryousefi tweeted.

However, such direct interactions between Iranian and US officials have been very rare in the past years.