US House Speaker is so done with Trump

Pelosi told on Tuesday that she's done with Trump but would not say whether she told Democrats behind closed doors that she'd rather see Trump in prison.

Nancy Pelosi said Tuesday she’s “done” with talking about Trump and called him the “diverter in chief,” saying he manufactured controversies to distract attention from more important issues.

"I AM DONE WITH TRUMP"

“I’m done with him. I don’t even want to talk about him,” Pelosi, a Democrat, said at a Washington conference in reply to a question about Trump’s latest barrage of personal insults. 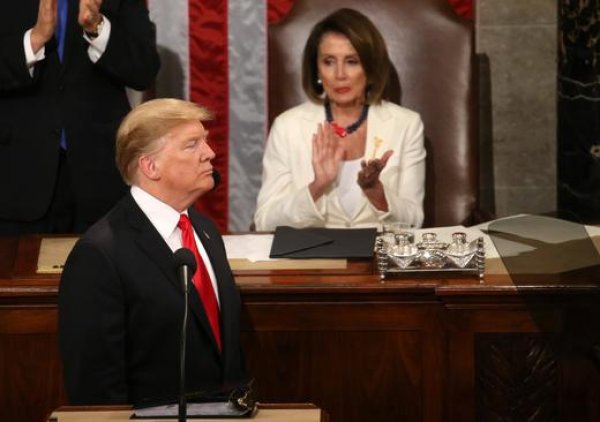 At a US war cemetery in France, with the gravestones of fallen soldiers in the background, Trump said in a Fox News interview, “I call her Nervous Nancy ... Nancy Pelosi’s a disaster, okay. She’s a disaster.”

Asked at the conference how she works with Republican Trump when he throws such insults her way, Pelosi said: “I just consider the source. My stock goes up every time he attacks me, so what can I say, but let’s not spend too much time on that because that’s his victory, the diverter-in-chief, the diverter-of-attention-in-chief.”