The committee is expected to approve the charges sometime on Thursday.

Democrats in the US House of Representatives moved closer on Wednesday to impeaching President Donald Trump as a key House committee began debating formal articles of impeachment that are expected to be brought to the House floor next week.

"PRESIDENT WOULD BECOME A DICTATOR"

The House Judiciary Committee was meeting to consider the two articles, which accuse Trump of abusing his power by trying to force Ukraine to investigate political rival Joe Biden and of obstructing Congress when lawmakers tried to look into the matter. 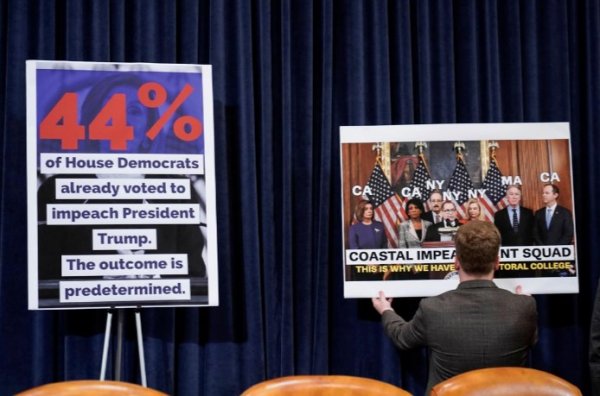 “If the president can first abuse his power and then stonewall all congressional requests for information, Congress cannot fulfill its duty to act as a check and balance against the executive (branch) — and the president becomes a dictator,” Representative Jerrold Nadler, the Democratic chairman of the Judiciary panel, said in opening remarks.

Trump has denied wrongdoing and condemned the impeachment inquiry as a hoax. But Democratic Representative Pramila Jayapal said his misconduct was in plain sight.