American citizens have not been able to travel freely to Cuba but were able to do so as part of organized travel groups.

The Trump administration imposed new restrictions Tuesday on travel to Cuba, banning US-flagged cruise ships from docking in the country and eliminating one of the most widely-used ways for Americans to visit the island nation.

The US is now prohibiting organized group travel, known as "group people-to-people educational" travel authorizations, ending one of the key openings with Havana brought into force under former President Barack Obama.

ACTIONS AIMS TO KEEP US DOLLARS OUT OF HANDS OF CUBA

Cruise ships were also one of the primary ways that American citizens could avoid running afoul of federal regulations when they traveled to Cuba. That will soon no longer be the case. "The United States will no longer permit visits to Cuba via passenger and recreational vessels, including cruise ships and yachts, and private and corporate aircraft," the State Department said in a statement.

The new changes are designed as retribution for what the administration is calling Cuba's "destabilizing" behavior in the region. 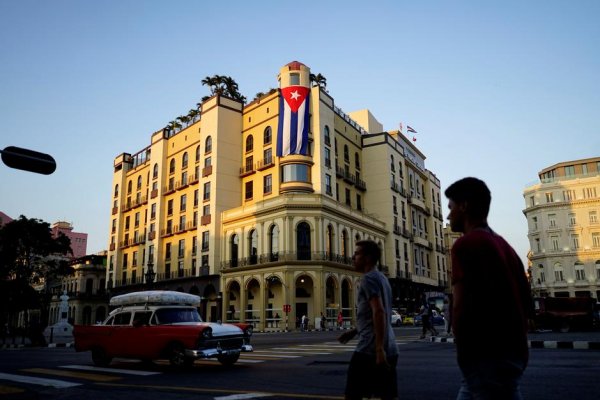 “Cuba continues to play a destabilizing role in the Western Hemisphere, providing a communist foothold in the region and propping up USadversaries in places like Venezuela and Nicaragua by fomenting instability, undermining the rule of law, and suppressing democratic processes,” Treasury Secretary Steven Mnuchin said in a statement. "This Administration has made a strategic decision to reverse the loosening of sanctions and other restrictions on the Cuban regime. These actions will help to keep US dollars out of the hands of Cuban military, intelligence, and security services,” he added.

The new changes will take effect Wednesday when they are published in the federal register, according to the Treasury Department.