US' Florida naval base shooter identified

The gunman, identified as Saudi national Mohammed Alshamrani by FBI, had injured eight others before being shot and killed Friday by deputies in Pensacola.

The FBI late Saturday officially identified the shooter who killed three sailors at Naval Air Station (NAS) in the US state of Florida.

PENTAGON CHIEF STATED IT WAS NOT A TERROR ACT

The Hill news website reported Alshamrani, 21, is second Lieut. in the Royal Saudi Air Force "who was a student naval flight officer of Naval Aviation Schools Command." The FBI said it does not see any "threat to the Pensacola community at this time."

In addition, the Navy identified the names of deceased sailor students Saturday. 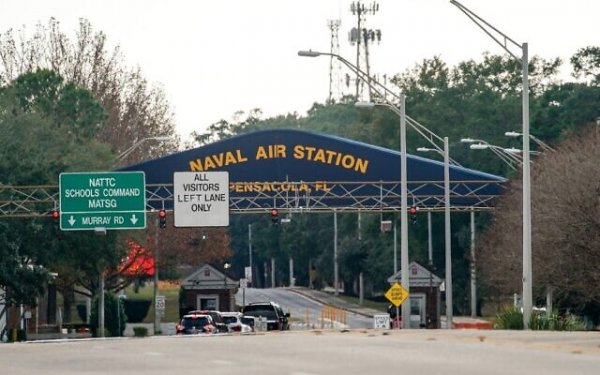 Secretary of Defense Mark Esper said earlier Saturday that he would not label the shooting as terrorism. "I can’t say it’s terrorism at this time," he said at the Ronald Reagan National Defense Forum in California.