US designates China as 'currency manipulator' 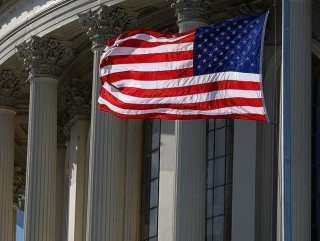 The U.S. on Monday designated China a “currency manipulator”, according to a statement from the Treasury secretary. “Secretary [Steve] Mnuchin, under the auspices of President Trump, has today determined that China is a Currency Manipulator,” said the statement.

The statement came amid China’s “concrete steps to devaluate its currency while maintaining substantial foreign exchange reserves despite active use of such tools in the past.”

“This is an open acknowledgement by the PBOC that it has extensive experience manipulating its currency and remains prepared to do so on an ongoing basis,” it said, referring to a statement by the People’s Bank of China (PBOC), China’s central bank.

All three major stock indexes fell Monday, with the Dow Jones industrial average shedding more than 760 points after China devalued its currency to a more than 10-year-low.

THE NEW IMPORT DUTIES WILL BE ON THE TOP

The massive selloff follows China’s decision Monday to allow the yuan to slide to below seven to the dollar in response to U.S. President Donald Trump's threat to impose additional 10% tariffs on $300 billion worth of Chinese imports unless a trade deal is reached by September.

The new import duties will be on top of 25% tariffs the U.S. already imposed on $250 billion worth of Chinese goods. The ongoing trade war between the world's top two economies has sent shockwaves through global markets as a trade deal remains highly elusive.