US declares support to Iranian protesters

US Secretary of State stated that US supportS for ‘the proud Iranian people’ amid demonstrations over hikes in gas prices in the country.

US Secretary of State Mike Pompeo on Saturday declared his support for protesters in Iran.

"US WILL NOT STAY SILENT"

"As I said to the people of Iran almost a year and a half ago: The United States is with you," Pompeo said, retweeting a Persian-language tweet he sent out in July 2018. 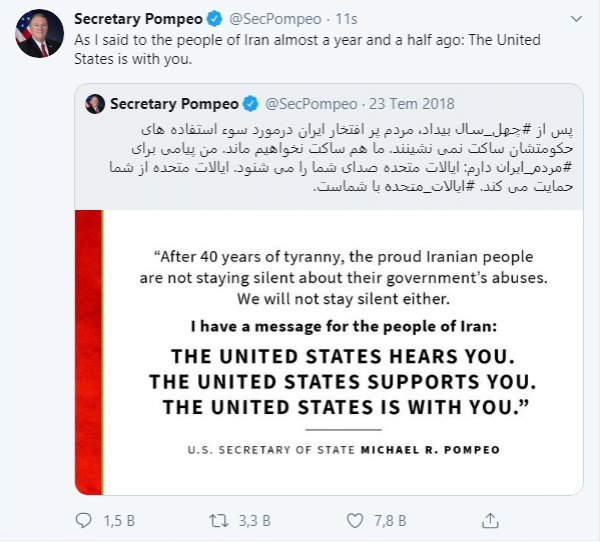 "After 40 years of tyranny, the proud Iranian people are not staying silent about their government’s abuses," Pompeo tweeted. "We will not stay silent either. I have a message for the people of Iran: The United States hears you." he added. 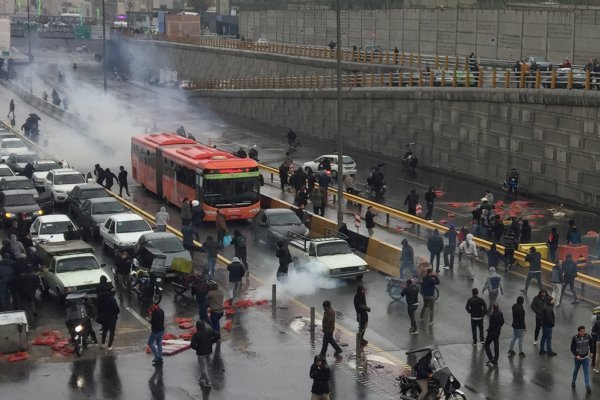 The protests in Iran erupted after the republic's government raised gas prices by 50 percent.