US and North Korea agree to resume denuclearization talks

Trump became the first sitting US president to set foot in North Korea when he met its leader, Kim Jong Un, in the Demilitarized between the two Koreas and agreed to resume stalled nuclear talks.

After holding an unprecedented hour-long meeting with Kim at “Freedom House” at the Demilitarized Zone (DMZ), Trump told reporters that the talks will be bilateral in nature with teams from North Korea and U.S. holding dialogue.

“We are looking at a really comprehensive deal… It was a great, historic day, done quickly,” Trump told reporters aired live by TV channels from DMZ. 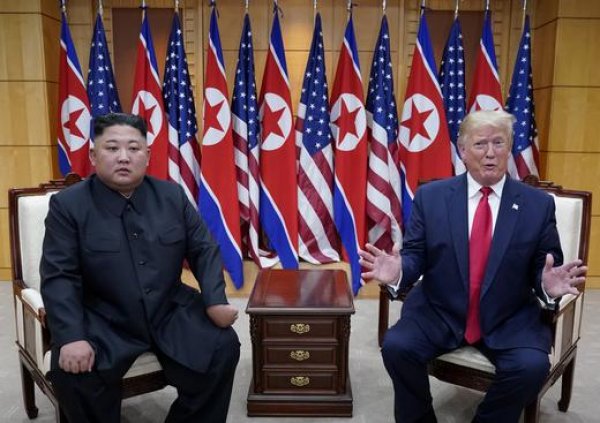 Trump was joined by South Korean President Moon Jae-in who later saw off Kim crossing into North Korean side after the hour-long meeting ended.

“I am thankful to Chairman Kim… If he had not shown up, you [media] would have hit me, hit me hard,” Trump said. Terming the meeting “good, strong, solid”, Trump said, “there were no nuclear tests, no ballistic tests, [but a] lot of good will from North Korean side.” 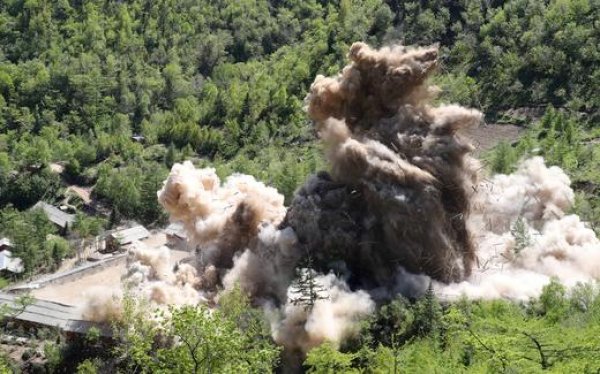 Trump said that the last US administration had done nothing on denuclearization of Korean peninsula. “For last two and half years we had peace,” he said referring to the time since when he is US president.

“Now, our Secretary of State Mike Pompeo will pick it up… [within] two-three weeks, team will start working out a process,” he added.Trump played down last missile tests by North Korea held in early May. "Very small missiles. These are missiles that practically every country tests…And most importantly, there have been no nuclear tests," Trump replied to a question.