UNHCR urges for action on US refugee crisis

The statement comes after the shocking image of a drowned man and his daughter underscores the crisis at the US-Mexico border.

The UN Refugee Agency (UNHCR) called on all countries late Wednesday to take action after a photo went viral on social media showing the bodies of a father and daughter who had drowned while trying to swim across the Rio Grande on their way to the US.

THIS SITUATION HAS TO BE TERMINATED

The visceral photo of Oscar Alberto Martinez Ramirez and his daughter, Valeria, depicts Valeria drawn in tight to her father as they lay dead, face down in thick brown mud.

The agency called for “all countries in the region to take immediate and coordinated steps to prevent further tragedies like this from occurring”. “UNHCR has also offered proposals on ways to improve and strengthen processing of asylum-seekers in the United States, including conditions in detention,” it added. 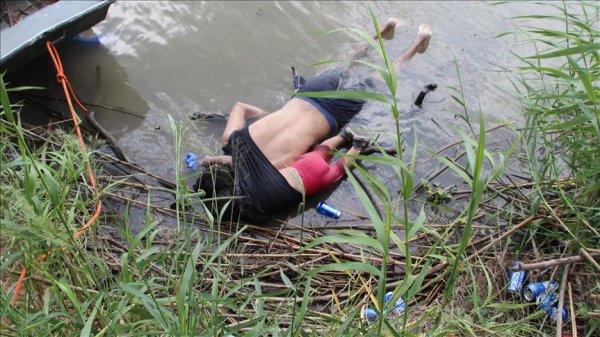 “Less than four years after the world witnessed the lifeless body of a Syrian refugee toddler, Alan Kurdi, washed up on the shores of the Mediterranean, we are once again confronted with powerful visual evidence of people dying during their dangerous journeys across borders,” it said in a statement.

“The deaths of Oscar and Valeria represent a failure to address the violence and desperation pushing people to take journeys of danger for the prospect of a life in safety and dignity,” said Filippo Grandi, UN High Commissioner for Refugees.