Regarding recent violations of the ceasefire, UN has been following the breaches since the truce was called for by President Erdoğan and Russian President Vladimir Putin.

The 5+5 Military Commission will convene next week in Geneva to discuss the ceasefire between Libya's warring parties, a UN official said Tuesday.

Speaking to Anadolu Agency, Ghassan Salame, the UN special representative for Libya, said he is grateful for the participation and contribution of Turkish President Recep Tayyip Erdogan in the international conference on Libya in Berlin, Germany on Sunday.

"I'm [also] extremely grateful for the participation of the Turkish delegation in the sixth preparatory meetings we had for Berlin led by [Turkish presidential spokesperson] Ibrahim Kalin, with whom I had a number of bilateral and positive meetings," he said, praising Turkey's efforts for peace in Libya.

The UN envoy pointed out that all parties at the Berlin conference had asked Libya's Prime Minister Fayez al-Sarraj and renegade commander Khalifa Haftar, who were in Berlin but not at the conference, "to extend the truce in order for us to give a chance for diplomacy." 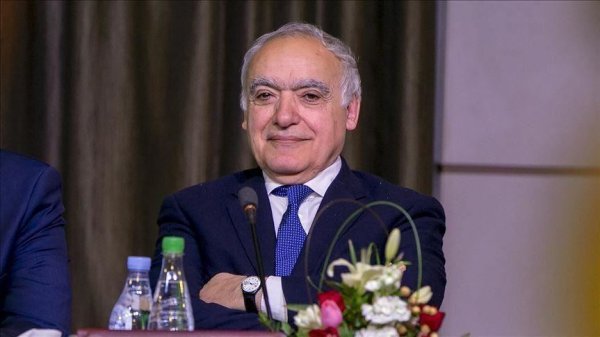 At the Berlin conference, they agreed to a three-point plan – including the economic and financial, military and political track, he said.