The deals have drawn widespread condemnation from Palestinians who say such agreements do not serve the Palestinian cause and ignore their rights.

"WE BELIEVE PALESTINIANS AND ISRAELIS WILL RESTART THEIR DIALOGUE"

The agreements, which have faced widespread opposition from Palestinian leaders, have delayed Israel's planned annexation of large swaths of the occupied West Bank, which Guterres said was a "very important result."

If Israel moved forward with annexation in contravention of international law, Guterres maintained it would have undermined prospects for a two-state resolution to the Israeli-Palestinian conflict, which the UN says is the only tangible solution. 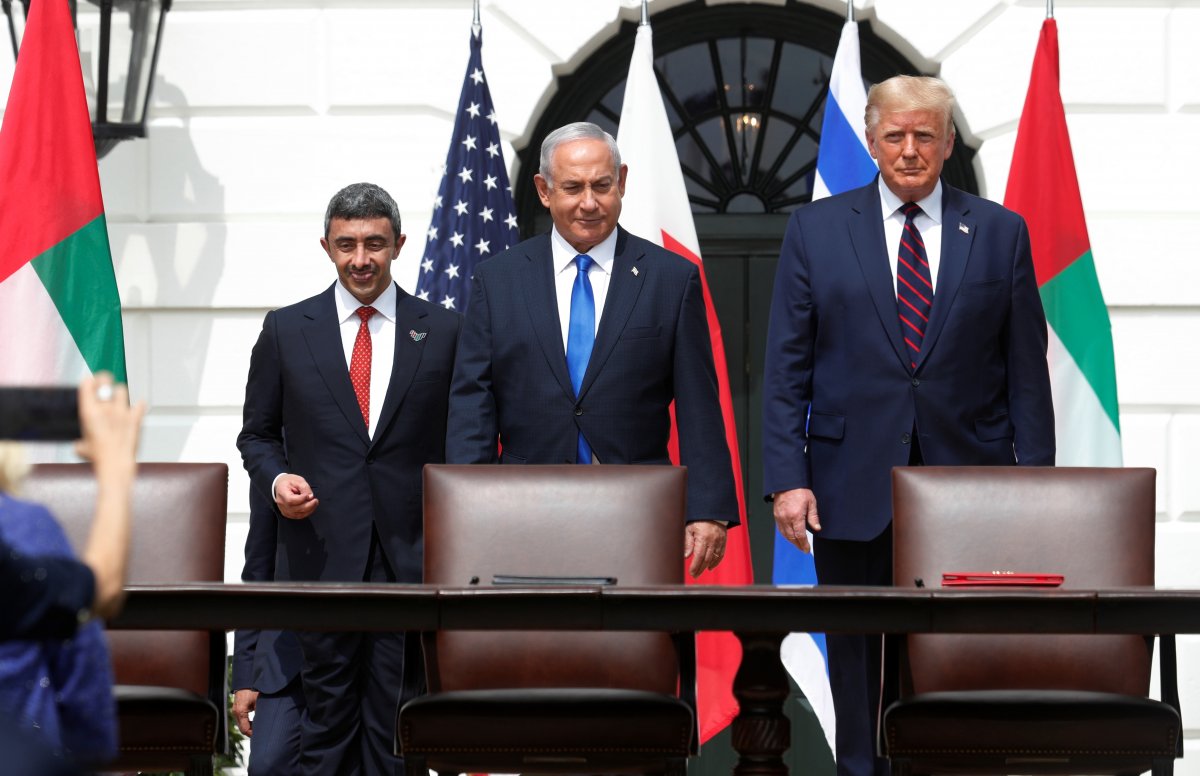 "The annexation was suspended, and we believe it is the moment in which it is important that Palestinians and Israelis restart their dialogue in order to find a political solution in-line with what are the Security Council resolutions and the different," Guterres said told reporters at the UN's New York headquarters.

"I believe, that independently of the opinions that might exist about the agreement, it would be very important for Palestinians and Israelis to engage in direct negotiations for peace in the Middle East,” he added.

Israel formally signed agreements to fully open diplomatic relations with Bahrain and the United Arab Emirates during a White House ceremony presided over by US President Donald Trump.