Trump has invited Boris Johnson to visit him in the Oval Office as part of a Brexit victory lap in the new year, UK's Sunday Times reported.

US President Donald Trump has invited British Prime Minister Boris Johnson to visit him in the White House in the new year, British media reported on Sunday.

THE EXACT TIMING OF THE VISIT HAS NOT BEEN CLEARED

Trump’s invitation was made after the British prime minister’s election win this month, The Sunday Times newspaper reported. Britain wants to strike a new trade deal with the United States after it leaves the European Union at the end of January.

“Some potential dates have been floated in mid-January but nothing has yet been formally agreed. But it is clear that both sides want to make it happen some time in early 2020,” the Sunday Times quoted a source close to the White House as saying. 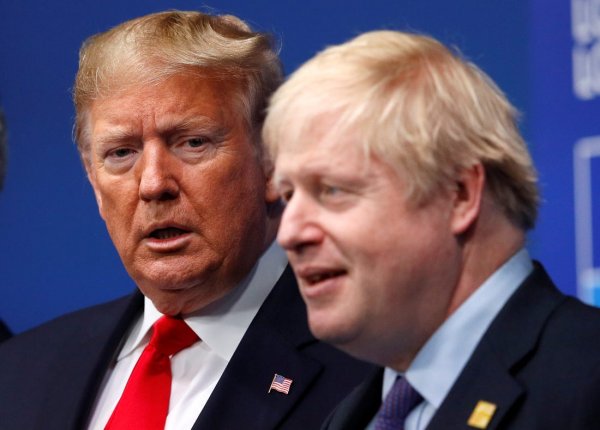 Johnson is reluctant to make the visit before delivering Brexit on Jan. 31 and would prefer to go after a cabinet reshuffle scheduled in February, when he is expected to appoint cabinet office minister Michael Gove as his new trade negotiator, The Mail on Sunday reported.

That could allow Johnson to take Gove on the US visit ahead of talks of a post-Brexit trade deal, according to the report.