Ukranian parliament is on the vote race

The party of Ukraine’s new President Volodymyr Zelenskiy has kept a strong lead ahead of a parliamentary election due on July 21, an opinion poll showed on Monday.

The survey by KIIS research body showed the former television comedian’s equally new party, Servant of the People, on 34,4 percent, below previous readings by the Reiting pollster but still well ahead of the crowded field of 16 parties.

After taking office last month, Ukraine’s new President Volodymyr Zelenskiy dismissed the parliament still dominated by loyalists of his defeated predecessor. Servant of the People has no lawmakers in the outgoing legislature and is campaigning on a pro-European and anti-corruption ticket. 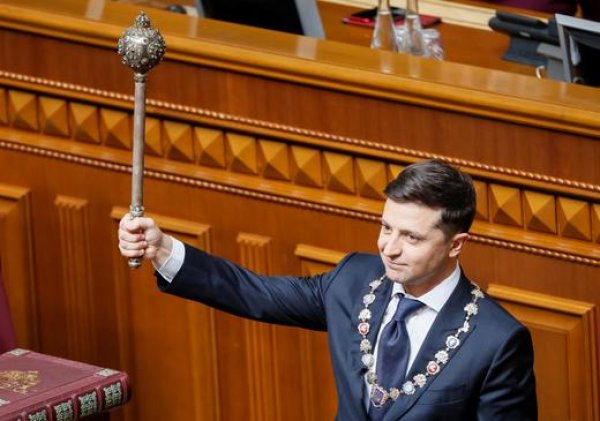 The KIIS poll put Opposition Platform in second place on 8,4 percent, and European Solidarity - the party of Zelenskiy’s predecessor Petro Poroshenko - third on 5,8 percent. The survey also showed Fatherland, the party of former prime minister and presidential candidate Yulia Tymoshenko, on 5,5 percent, above the 5 percent threshold to enter parliament.

KIIS said it interviewed 2,021 voters in all regions, except annexed Crimea, from May 26 to June 7.