Zelensky says they will provide opportunity for their families to see them.

Ukraine on late Wednesday thanked Turkey for its role in a prisoner exchange between Ukraine and Russia, hours after the Turkish president announced the swap.

“We are bringing our people home. The exchange has just finished. Today we have 215 pieces of good news. 215!” Ukrainian President Volodymyr Zelensky said in a fresh video address.

He said they included five Ukrainian commanders “for whom we had to carry out the biggest, the longest, the most difficult fight. They were threatened with the worst. Five superheroes.”

“Ukraine agreed with Turkey – I spoke about this with (Turkish) President (Recep Tayyip) Erdoğan – that our five commanders who are being released from captivity will be in complete safety, in comfortable conditions and under the personal protection of the President of Turkey until the end of the war. But we will provide the opportunity for their families to see them,” said Zelensky.

In exchange for the five commanders, he said, Ukraine released 55 Russian soldiers. 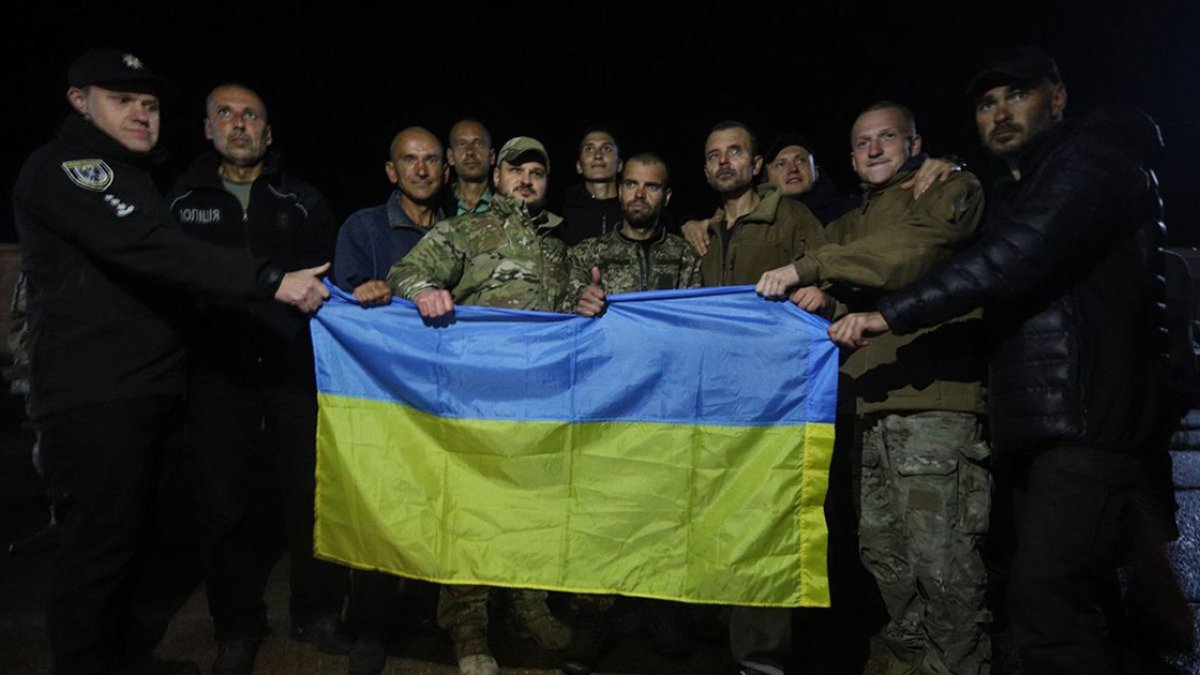 The 215 released prisoners also included 10 foreign citizens, according to the Ukrainian president.

In a statement, Andriy Yermak, head of the Office of the Ukrainian Presidency, said a total of 108 warriors of the "Azov" regiment are among those released.

The biggest prisoner swap since Feb.24

“This was the biggest prisoner swap since Feb.24. Now, a healing and treatment process awaits our defenders who are released from captivity,” said Yermak.

Earlier, President Recep Tayyip Erdoğan announced that the two nations had exchanged 200 prisoners as a result of Turkey's mediation and diplomatic exchanges with the leaders of the two countries.

Erdoğan told reporters in New York City that the prisoner exchange under Turkey's mediation was an "important step" towards ending the war between the two countries.