The government has rejected calls to change tack on Brexit after more than five million people signed a petition demanding Parliament revokes Article 50.

The British government responded Tuesday to a petition calling for Brexit to be canceled, saying it will honor the result of the 2016 referendum and work with parliament “to deliver a deal that ensures we leave the European Union.”

The statement came after more than 5.8 million people signed a petition on parliament’s website calling on the government to halt Brexit by revoking Article 50, a process triggered by any member state that decides to leave the EU. The government responds to any petition signed by at least 10,000 people and parliament debates those signed by 100,000 people. 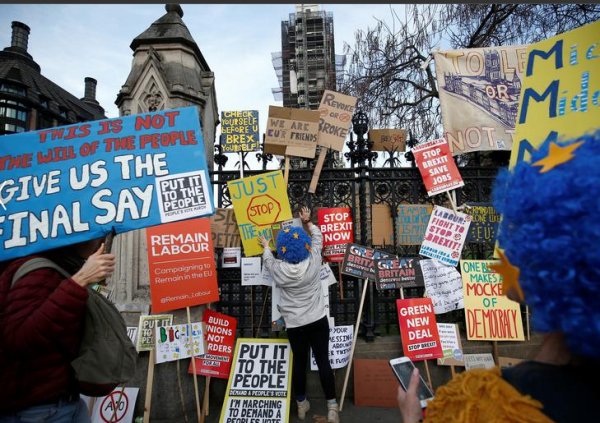 Underlining its “firm policy not to revoke Article 50,” the government said it will “work to deliver an exit which benefits everyone, whether they voted to Leave or to Remain.” “Revoking Article 50, and thereby remaining in the European Union, would undermine both our democracy and the trust that millions of voters have placed in Government,” it said. 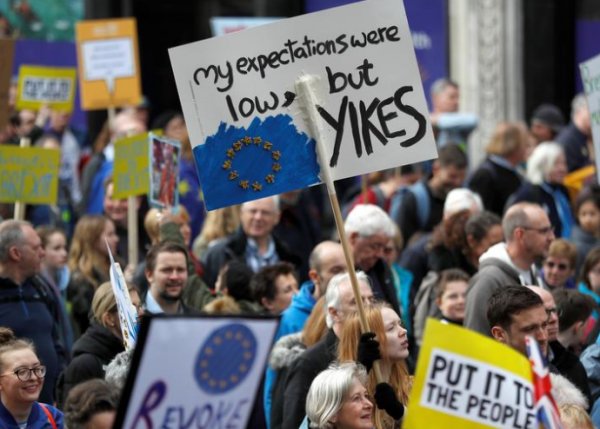 The government acknowledged the considerable number of people who had signed the petition. ”However, close to three-quarters of the electorate took part in the 2016 referendum, trusting that the result would be respected,” it said. “This government wrote to every household prior to the referendum, promising that the outcome of the referendum would be implemented. 17.4 million people then voted to leave the European Union, providing the biggest democratic mandate for any course of action ever directed at the UK government,” it added.

"THIS GOVERNMENT STANDS BY THIS COMMITMENT"

The government said British people also cast their votes once again in the 2017 General Election, where over 80 percent of those who voted, voted for parties, including the Opposition, which committed in their manifestos to upholding the result of the referendum. “This government stands by this commitment,” it said. The statement also said that revoking Article 50 would “break the promises made by the Government to the British people, disrespect the clear instruction from a democratic vote and in turn reduce confidence in our democracy.” 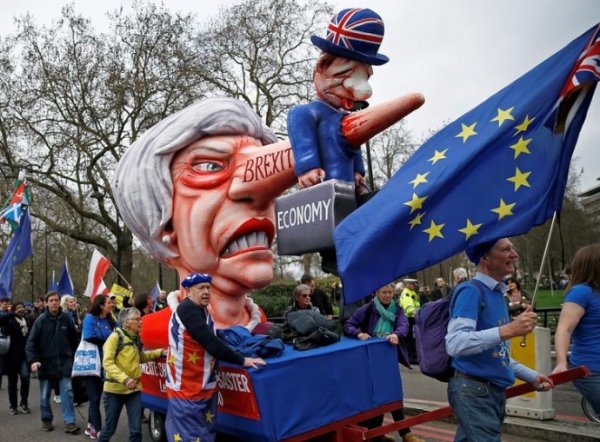 Failing to deliver Brexit would cause potentially irreparable damage to public trust, the statement said, quoting from Prime Minister Theresa May, adding “it is imperative that people can trust their government to respect their votes and deliver the best outcome for them.”

The EU agreed to a Brexit extension until May 22 if May’s deal is approved by the House of Commons this week. If the deal is not approved by parliament, the EU would allow an extension to April 12. 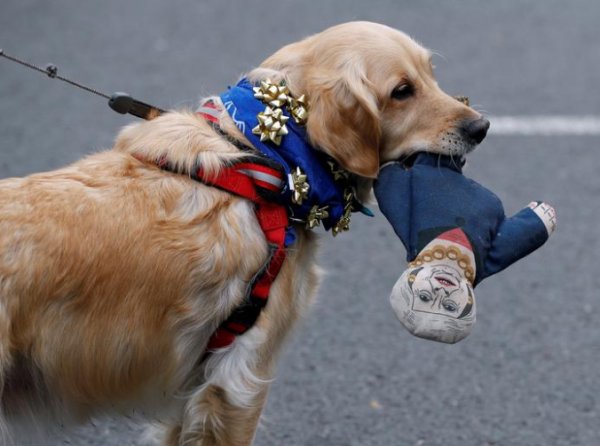 Britain’s House of Commons on Monday approved taking control of parliament from the government in an unprecedented move to debate alternative Brexit options. The lawmakers will try and find out behind which options they could form a majority to break the current impasse in a series of votes Wednesday. UK voters decided to leave the bloc after a more than 40-year-long membership following a referendum in 2016.