UK minister grabs a climate protester by the neck

A senior British politician is under investigation after video emerged of him grabbing and Greenpeace a protester at an event in London.

A junior foreign office minister has been suspended pending an investigation after grabbing a female demonstrator by the neck and pushing her when a climate-change protest interrupted a speech by Britain’s finance minister.

Several women prevented Philip Hammond from speaking for a few minutes by using loudspeakers to shout slogans during an annual banquet in London’s landmark Mansion House building on Thursday evening.

UK minister grabs a climate protester by the neck WATCH

Footage posted online by broadcaster ITV showed foreign office minister Mark Field grappling with one of the women and holding her by the back of her neck as he marched her out of the room. 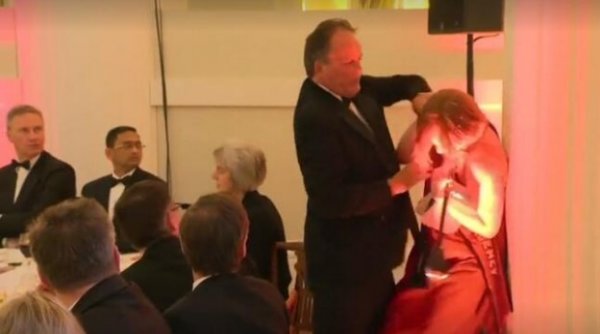 Field told ITV his response was due to fears over security. 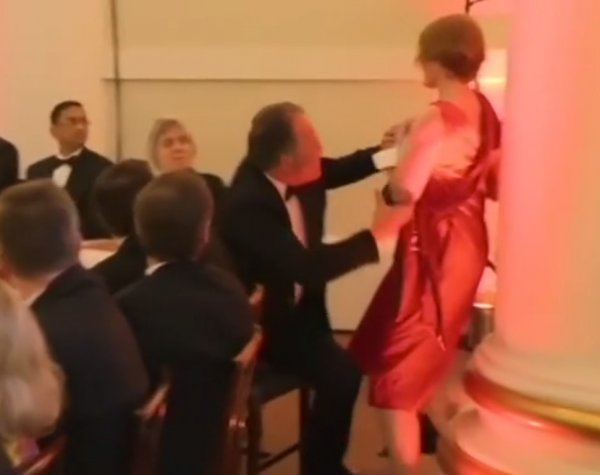 “In the current climate, I felt the need to act decisively to close down the threat to the safety of those present,” he said in a statement.