Cyprus Greeks which let the French government set up a basis in the island, have now saved a place for UK navy to deploy its F-35 jets.

Britain’s new F-35B aircrafts depart their home station of RAF Marham in Norfolk later this year for Cyprus in their first overseas deployment.

According to an article published on the UK MoD website, British Royal Navy started deploying F-35s to Cyprus, marking the first overseas deployment fo the new aircraft by the UK.

“The UK Ministry of Defence (MOD) has signed a new defense partnership with Cyprus, under a memorandum of understanding (MoU) that will enhance defense and security co-operation between the two countries. The MoU for the new UK defense partnership was signed during a meeting in London between Cypriot Defence Minister Savvas Angelides and UK Defence Secretary Gavin Williamson,” it said. 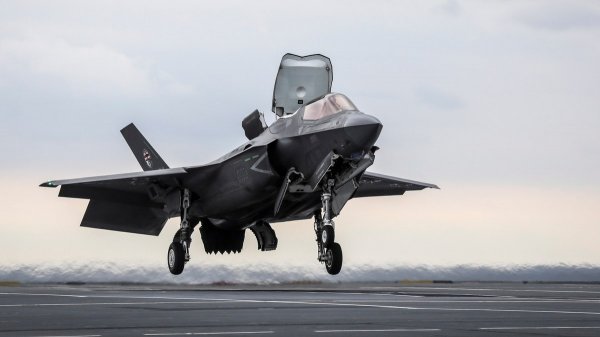 “Cyprus is a valued partner and friend, and through signing this agreement we have reinforced our already close ties across defense for years to come. Our bases in Cyprus are a vital asset in our fight against Daesh with Typhoon and Tornado fighter jets that were instrumental in the territorial defeat of the terrorist group in Syria flying out of RAF Akrotiri. These formidable fighters are a national statement of our intent to protect ourselves and our allies from intensifying threats across the world. This deployment marks an important milestone in this game-changing aircraft’s journey to becoming fully operational.” UK Defence Secretary Gavin Williamson said.