UK citizens head to the polls for Brexit elections

Polling stations open across the UK at 7 am this morning for the general elections that will define UK's future direction.

British Prime Minister Boris Johnson looks on course to win Thursday’s election though the race has tightened markedly and he can no longer be sure of a majority, according to opinion polls published on the eve of the vote.

BRITAIN'S DESTINY WILL BE DECIDED

The Dec. 12 election has been described by all parties as Britain’s most important in memory, with Johnson calling for a big majority so he can swiftly pull Britain out of the European Union next month.

The main opposition Labour Party promises a new referendum on Brexit as well as a renationalization of utilities and railroads in its most left-wing platform for decades. 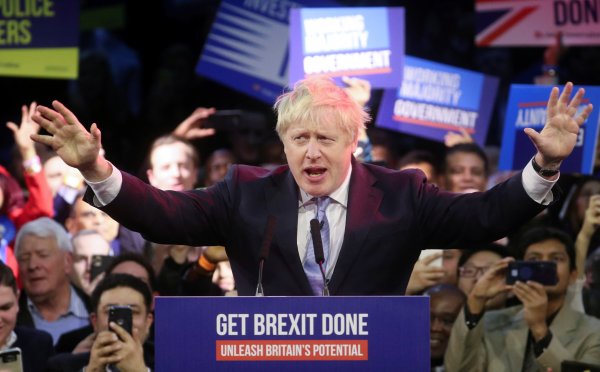 “It could not be tighter,” Johnson, the face of the Leave campaign in the 2016 referendum, said on Wednesday when asked about the opinion polls showing a tighter race. He delivered milk to voters before sunrise. Johnson called the snap election to break what he said was the paralysis of Britain’s political system after more than three years of crisis over how, when or even if to quit the EU.

He has promised to “get Brexit done” by Jan. 31 if he wins a majority. Corbyn has said he will negotiate a new Brexit deal maintaining closer trade and financial ties with the EU, and then grant a new EU referendum.

Polls open at 0700 GMT on Thursday and close at 2200 when an exit poll will give the first indication of who has won.