Israel and the UAE are expected to sign an agreement on Tuesday to operate 28 weekly commercial flights between Tel Aviv and Abu Dhabi.

The first commercial flight from the United Arab Emirates (UAE) arrived in Israel on Monday following a normalization deal inked last month between the two countries.

The plane, which was welcomed with a ceremony at the airport, left back for Abu Dhabi later in the day. 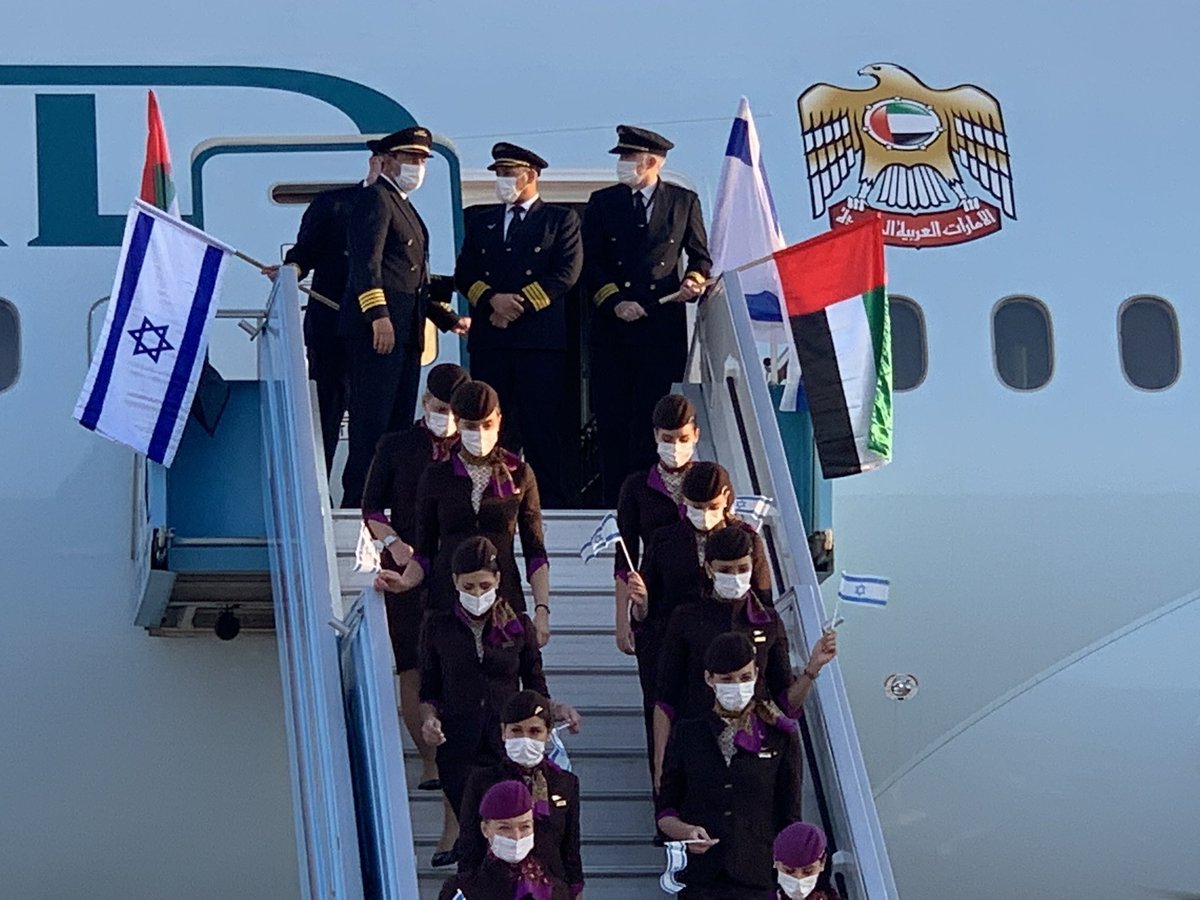 An Etihad Airways plane flew above Israeli skies for the first time last week, according to the Israeli Defense Ministry.

The two countries are expected to launch a direct commercial aviation line at the beginning of 2021, according to Israeli media.