The shooting came a day after an assailant with a knife stabbed five people at a Hanukkah party in New York.

A gunman who opened fire in a Texas church, killing one person and leaving another in critical condition, died after parishioners at the Sunday morning service shot him in response, authorities said.

ATTACKER IS AMONG DEAD

Two of the people, including the shooter, died while en route to the hospital, and the third person was successfully resuscitated by paramedics, according to Macara Trusty, a spokeswoman for local emergency services MedStar. Two more people sustained minor injuries as they ducked for cover inside the church, she said. 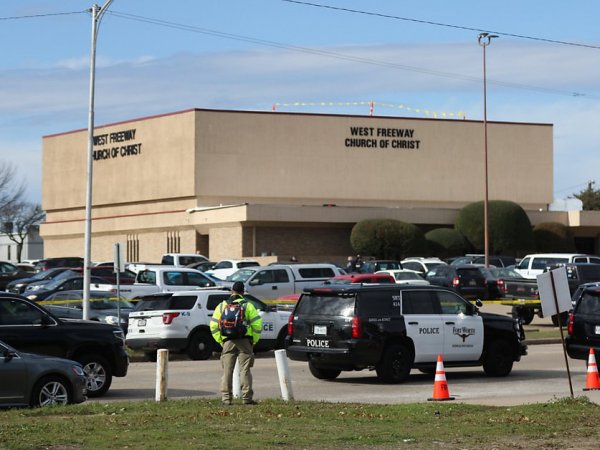 The incident took place in White Settlement, a suburb northwest of Fort Worth, at the West Freeway Church of Christ.

White Settlement police chief J.P. Bevering said that the gunman was shot by two worshippers who were armed and returned fire. “The threat is stopped based on the heroic actions of the two parishioners in the church,” Bevering said.