26 people were injured, including one seriously, after a magnitude 6.7 earthquake struck Japan’s northwestern region late Tuesday, causing landslides and power outages in some areas.

As many as 26 people were injured when an earthquake struck Japan’s northwest late Tuesday night.

NO ONE WAS REPORTED MISSING OR DEAD

The Japan Meteorological Agency said the earthquake occurred at around 10:22 p.m. (GMT1322) at a depth of about 14 kilometers (8.7 miles) under the surface with its epicenter off Yamagata province. 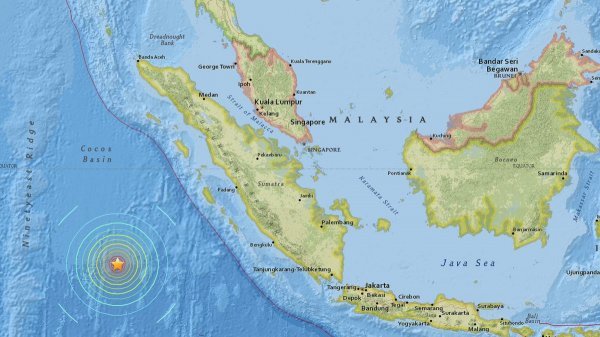 At least 17 of the injured were from Yamagata province while four were injured each in the Niigata and Miyagi provinces, the country’s Fire and Disaster Management Agency said, according to the news agency.

However, the Japan Meteorological Agency warned people of potential building collapses and more landslides as there was a chance of "more quakes of similar levels hitting Yamagata and Niigata provinces facing the Sea of Japan." The government had also issued a tsunami warning that was soon lifted.