The phone conversation came after a ceasefire brokered by Turkey and Russia came into effect in Syria's Idlib province.

"WE HAD A GOOD DISCUSSION ON DEVELOPMENTS"

Pompeo “reiterated the need for NATO to play a greater role in the region and stressed the U.S. commitment to the UN-facilitated peace process in Syria,” State Department spokeswoman Morgan Ortagus said in a statement.

Writing on Twitter, Pompeo said: “Had a good discussion on developments in the Middle East with Turkish Foreign Minister Cavusoglu today.” 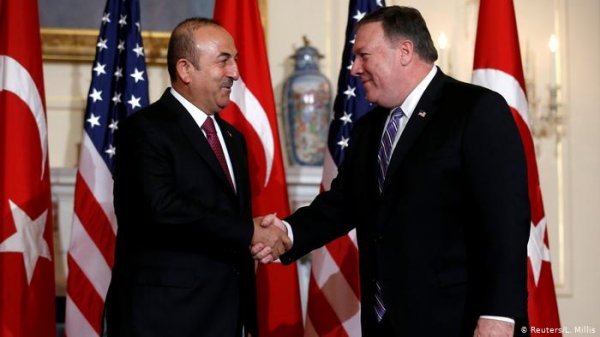 Turkey pushed hard for the ceasefire after Idlib endured months of battering by forces of the Bashar al-Assad regime and its allies, sending about a million civilian refugees flocking to the Turkish border.