The Turkish personnel assigned to work in the joint monitoring center in Karabakh arrived in Azerbaijan, the Turkish defense minister announced on Tuesday.

"Our staff went to Azerbaijan and stands by there. After the construction of the joint center is completed and it goes operational, our one general and 35 military officers will start their duty immediately," Hulusi Akar said in a virtual year-end evaluation meeting.

Turkey’s Chief of General Staff Gen. Yasar Guler, other military commanders, and senior authorities were in attendance of the meeting. 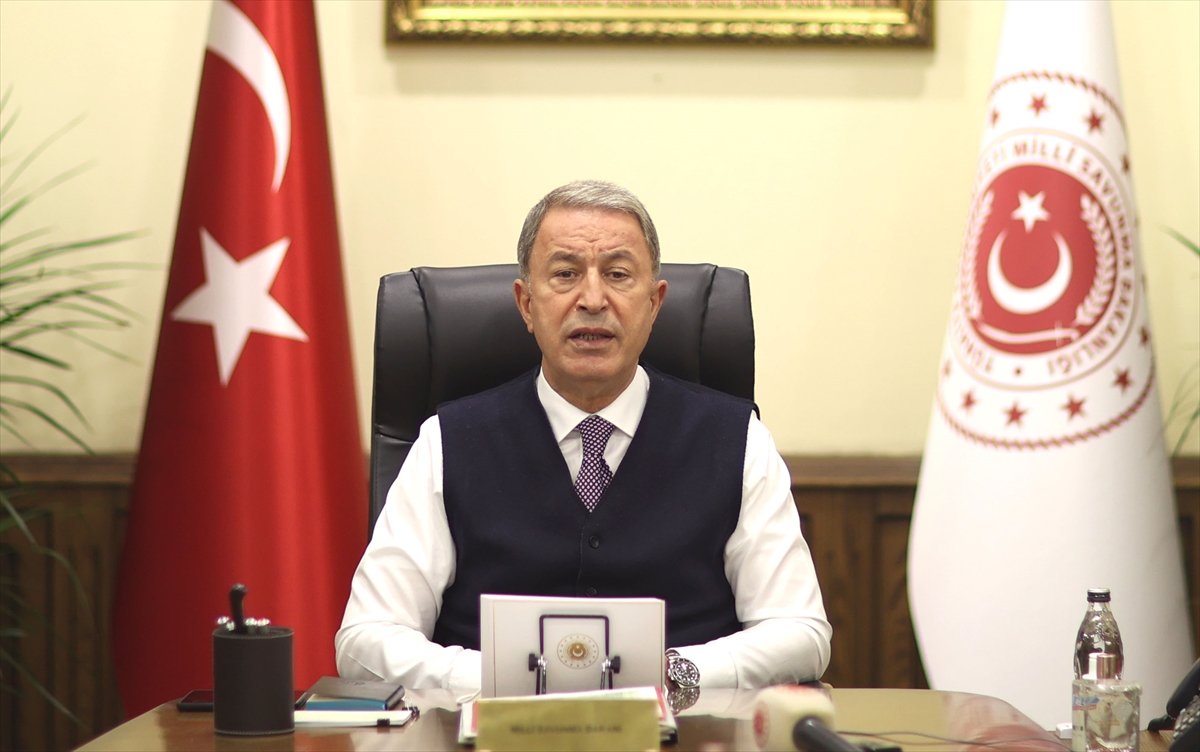 Azerbaijan and Armenia signed a Russia-brokered agreement on Nov. 10 to end the fighting and work toward a comprehensive resolution.

Turkey and Russia signed a memorandum of understanding to set up a joint center to monitor the peace deal. It will be established on Azerbaijani territories liberated from Armenia's occupation.

Earlier in December, Azerbaijani President Ilham Aliyev said the center will be established in the Aghdam city.

Akar underlined that as part of the efforts to clear the region of mines and improvised explosives, the activities of the elements of the Turkish Armed Forces continue in the region. 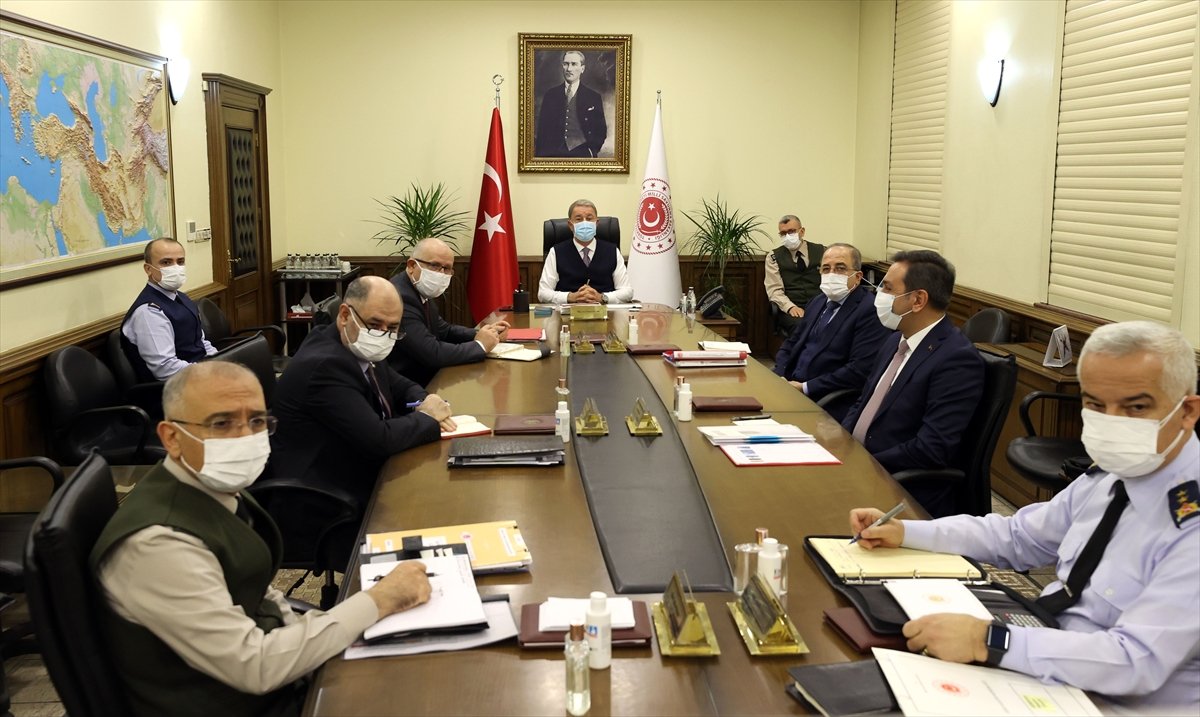 Two Special Mine Detection and Clearance Teams, consisting of 135 mine clearance specialists of the Turkish Armed Forces, have been supporting the Azerbaijani troops in regions liberated from Armenia’s occupation.

The Turkish troops are also training Azerbaijani soldiers in mine detection and clearance techniques and tactics.

Relations between the former Soviet republics of Armenia and Azerbaijan have been tense since 1991, when the Armenian military occupied Nagorno-Karabakh, internationally recognized as an Azerbaijani territory, and seven adjacent regions. 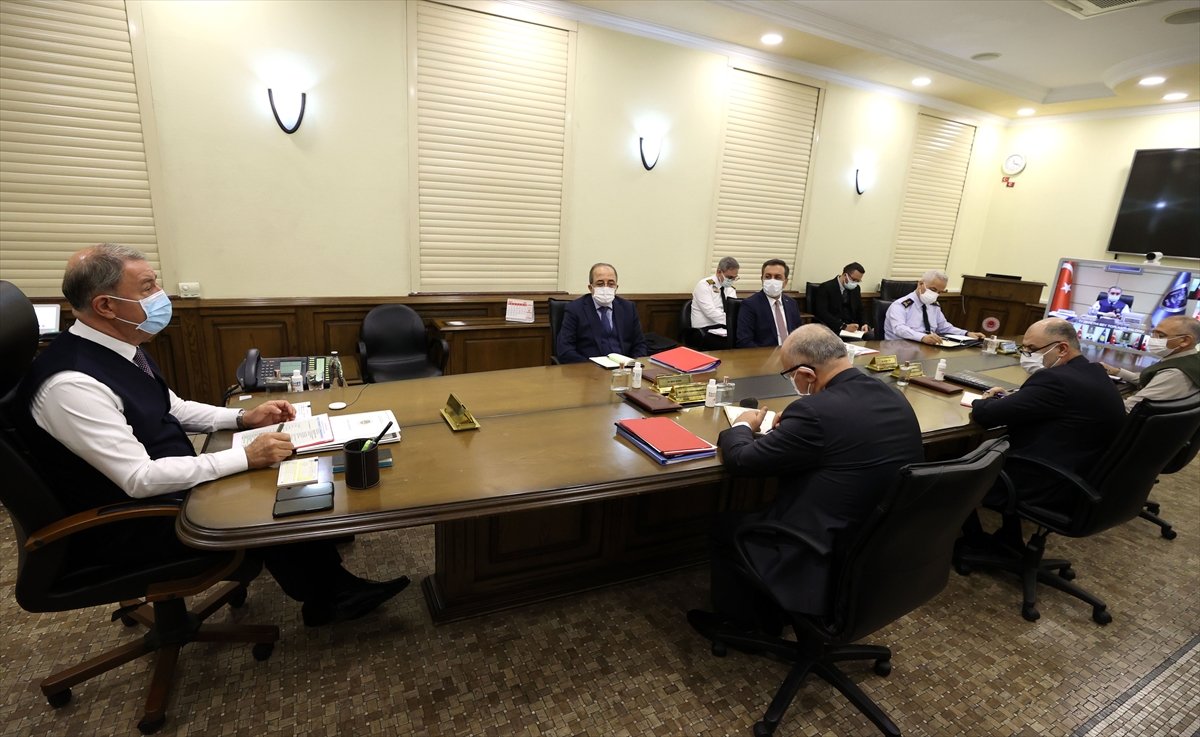 During the 44-day conflict, Azerbaijan liberated several cities and nearly 300 settlements and villages from the nearly three-decade-long occupation.

Despite the deal ending the conflict, the Armenian army several times violated the agreement and martyred several Azerbaijani soldiers and a civilian, as well as wounded few people, according to the Azerbaijani Defense Ministry.

The truce is seen as a victory for Azerbaijan and a defeat for Armenia, whose armed forces have been withdrawing in line with the agreement.