Large cache of ammunition including missiles, 24 Kalashnikov seized in Azaz.

Turkish forces have seized a large cache of weapons in an operation in Azaz, northwestern Syria, the country's Interior Ministry said Sunday.

According to a statement from the ministry, the PYD/YPF, the Syrian branch of the PKK terrorist group, tries to bring weapons and explosives to Manbij to attack Turkish forces and civilians.

TOW missiles are frequently used against Turkish Armed Forces operating in the region, the statement added.

Two Syrians were nabbed in the operation while trying to deliver materials to members of PKK/PYD/YPG terrorist group, the statement said. 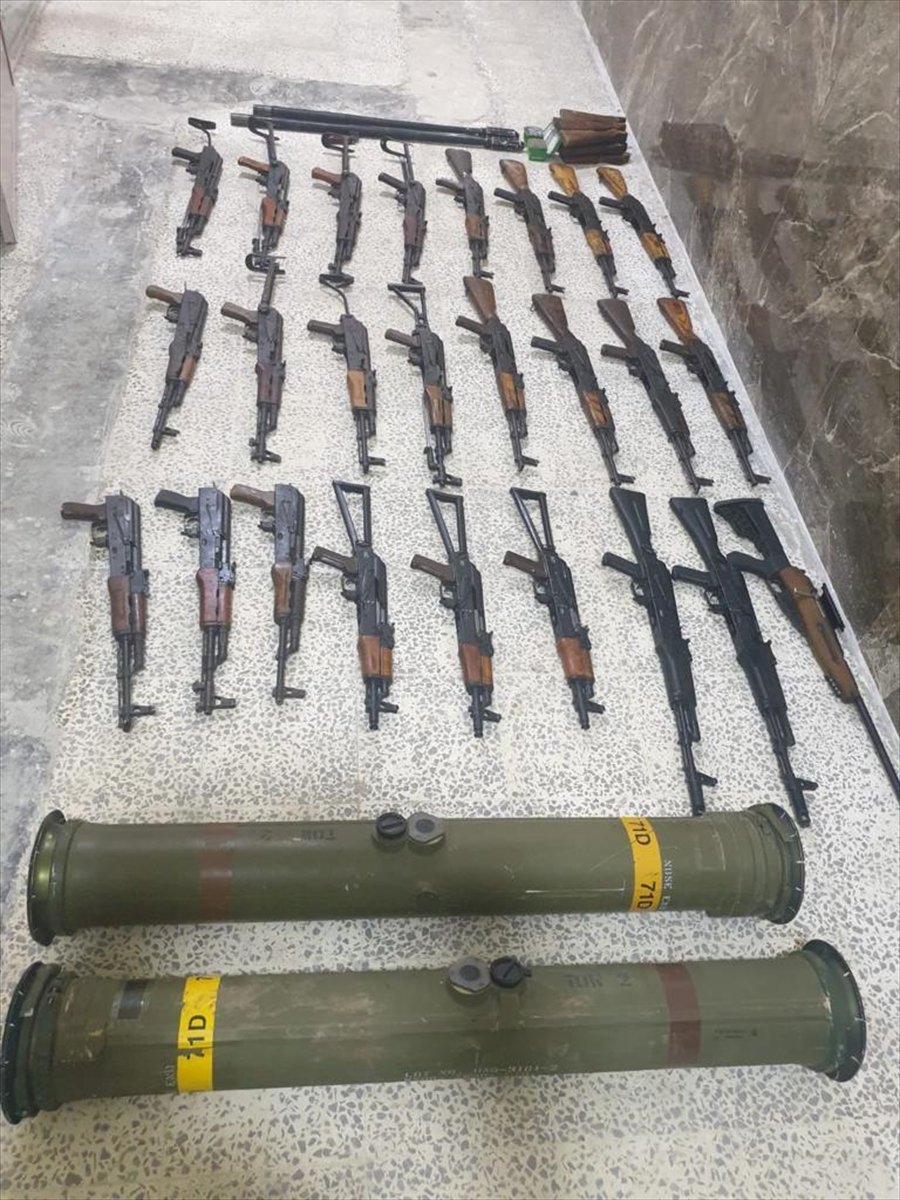