Erdoğan arrived in Doha Monday for a 2-day visit. Bilateral agreements were signed between the two countries.

The meeting lasted for two hours and was closed to the media.

On Monday, Erdoğan started a two-day visit to Qatar to participate in the seventh meeting of the Supreme Strategic Committee between the two countries. 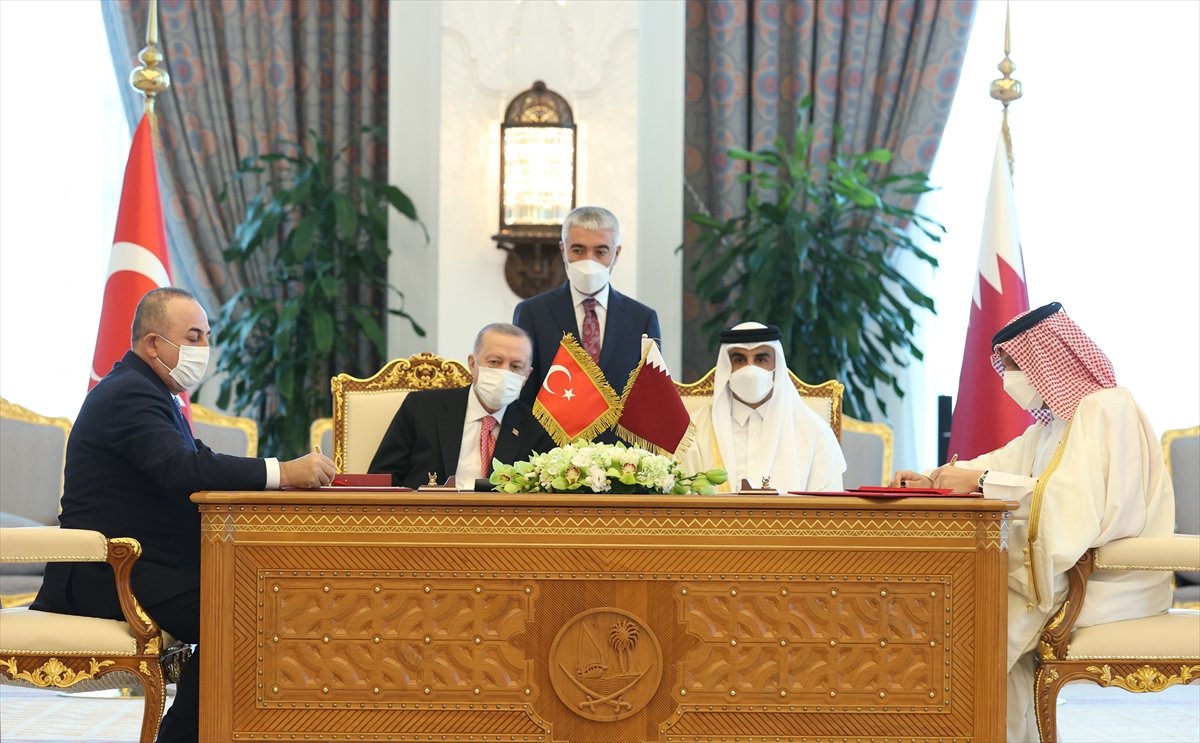 President Erdoğan and Qatari leader Al Thani attended the signing ceremony of 15 new agreements to boost the cooperation between the two countries.

The agreements were signed in the areas including trade, investment, development, culture, youth, sports, diplomacy, health, religious affairs, and media.

Following the signing ceremony, Erdoğan and Al Thani are expected to attend the 7th meeting of Turkey-Qatar Supreme Strategic Committee.