According to the statement, Erdogan said that Turkey values relations between Ankara and Rome, and when the coronavirus outbreak allows, both countries would like to hold a third intergovernmental summit in Turkey.

Thanking Italy for its support in the context of the European Union, which Italy is a member of, Erdogan said that he believed Rome would direct the EU to adopt a common sense, fair attitude in the Eastern Mediterranean. 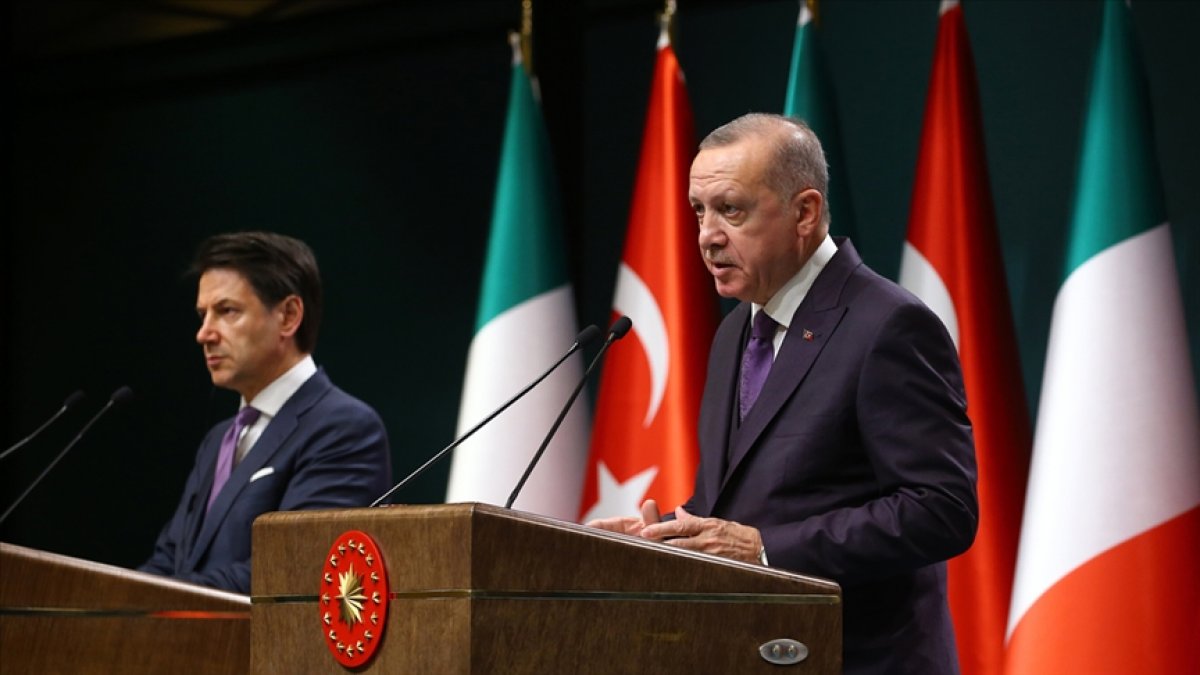 Erdogan also said that Italy sees steps to cooperate with Libya’s Government of National Accord (GNA) – the country’s legitimate, UN-recognized government – as beneficial.

Turkey has stressed that dialogue can resolve the issue and find a fair resolution.

Both Turkey and Italy have historic ties with Libya in North Africa. Turkey has supported the legitimate, Tripoli-based government against the attacks of eastern-based warlord Khalifa Haftar.