At least 44 terrorists have been "neutralized" in Turkey’s recent cross-border anti-terror operations, the country’s defense minister said on Saturday evening.

“Operations Pençe-Şimşek and Pençe-Yıldırım are ongoing successfully. 44 terrorists have been neutralized so far,” Hulusi Akar told troops at a base in northern Iraq, where he paid a visit along with high-level military officials to monitor the anti-terror operations.

Akar said anti-terror efforts will continue until the last terrorist is neutralized.

Meanwhile, the country's National Defense Ministry said on Twitter that Two PKK terrorists detected in the region were neutralized with ATAK helicopters.

The number of neutralized terrorists rose to 46. 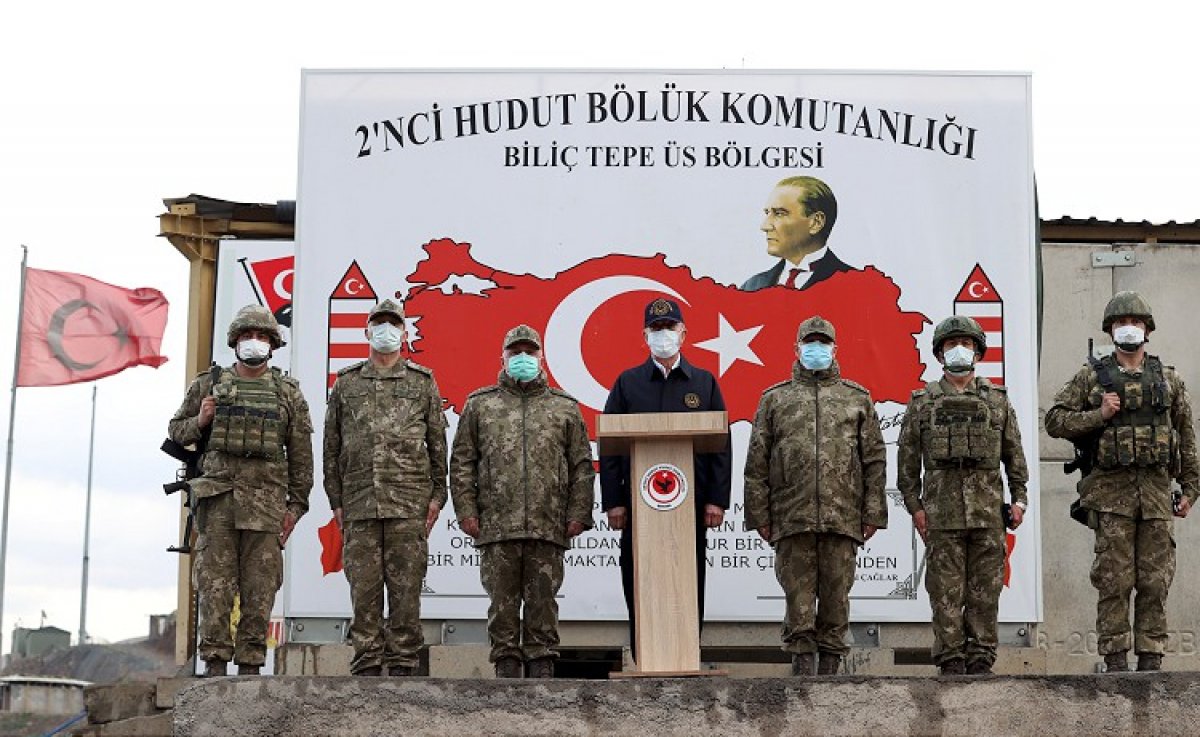 Turkey launched Operations Pence-Simsek and Pence-Yildirim on April 23 in northern Iraq’s Metina and Avasin-Basyan regions near its borders.

In its more than 35-year terror campaign against Turkey, the PKK – listed as a terrorist organization by Turkey, the US, and the EU – has been responsible for the deaths of at least 40,000 people, including women, children and infants.