"IT IS A DELIBERATE ACT OF AGGRESSION"

Mevlüt Çavuşoğlu made the remarks at a joint news conference with his French counterpart Jean-Yves Le Drian after a bilateral meeting in the capital Ankara.

Commenting on an attack on a Turkish army observation point in Idlib, Syria earlier today which left three soldiers wounded, Çavuşoğlu said: "It is a deliberate act of aggression." 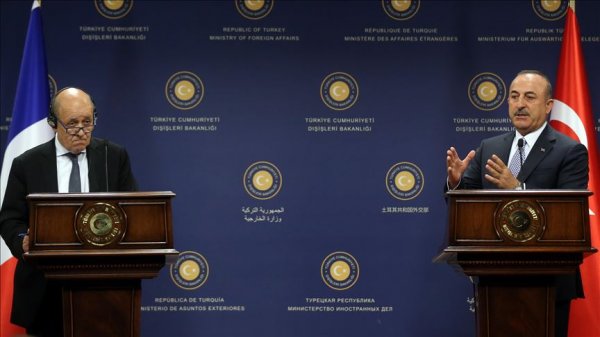 In its more than 30-year terror campaign against Turkey, the PKK  listed as a terrorist organization by Turkey, the US and the European Union has been responsible for the deaths of nearly 40,000 people, including women and children. The YPG is its Syrian offshoot.

"It is not possible to say there is complete cease-fire in Syria's Idlib at the moment," he added.

Le Drian extended support to Turkey on the cease-fire in Idlib saying its implementation should be ensured.