Turkey's defense minister said Turkish and Russian troops will work together to defend the rights of the Azerbaijani nation.

“Our activities will intensify after the joint center starts operating and we will carry out our duty of defending the rights of Azerbaijani brothers,” visiting Defense Minister Hulusi Akar told a military ceremony in the Azerbaijani capital Baku late Wednesday.

Turkish personnel, who arrived in Azerbaijan earlier this week to work in the joint monitoring center in Karabakh, were also present at the ceremony, which was also attended by Turkey’s Chief of General Staff Gen. Yasar Guler, military commanders, and senior authorities. 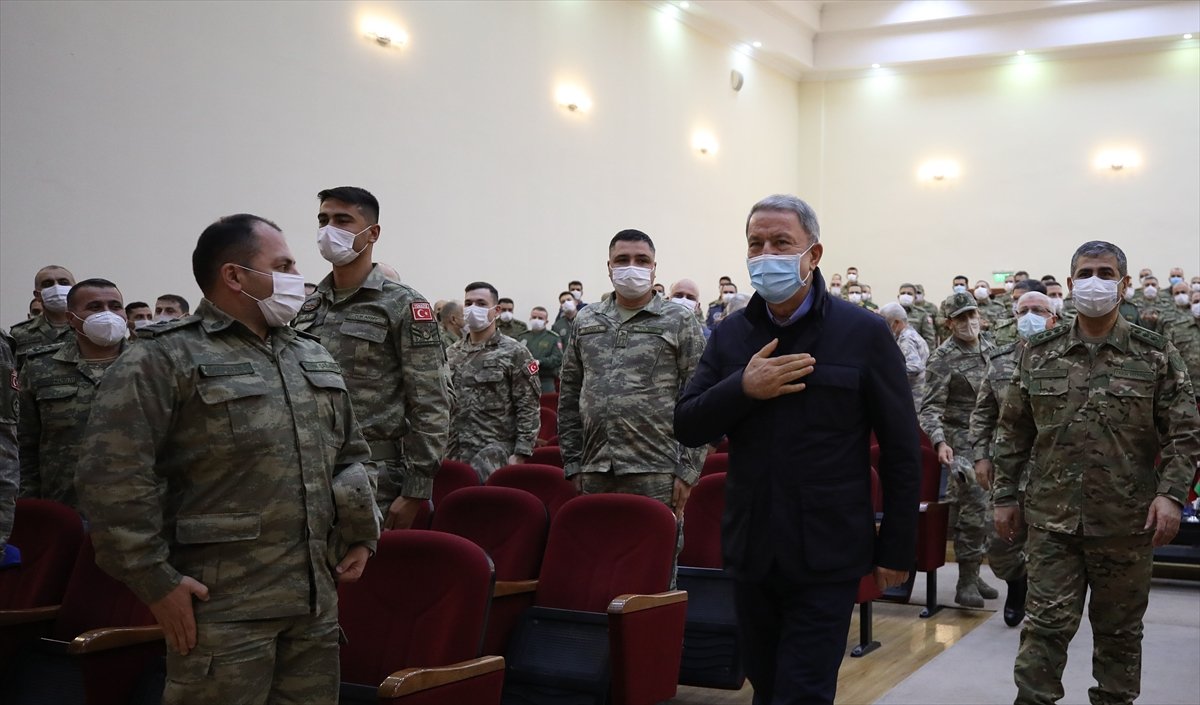 Praising Azerbaijan’s victory over the Armenian forces in Upper-Karabakh, also known as Nagorno-Karabakh, Akar said the joint center of Turkey and Russia will monitor the cease-fire which was announced on Nov. 10.

Following the truce, Turkey and Russia signed a memorandum of understanding to set up a joint center to monitor the peace deal. It will be established on Azerbaijani territories liberated from Armenia's occupation.

Earlier in December, Azerbaijani President Ilham Aliyev said the center will be established in the Aghdam city. 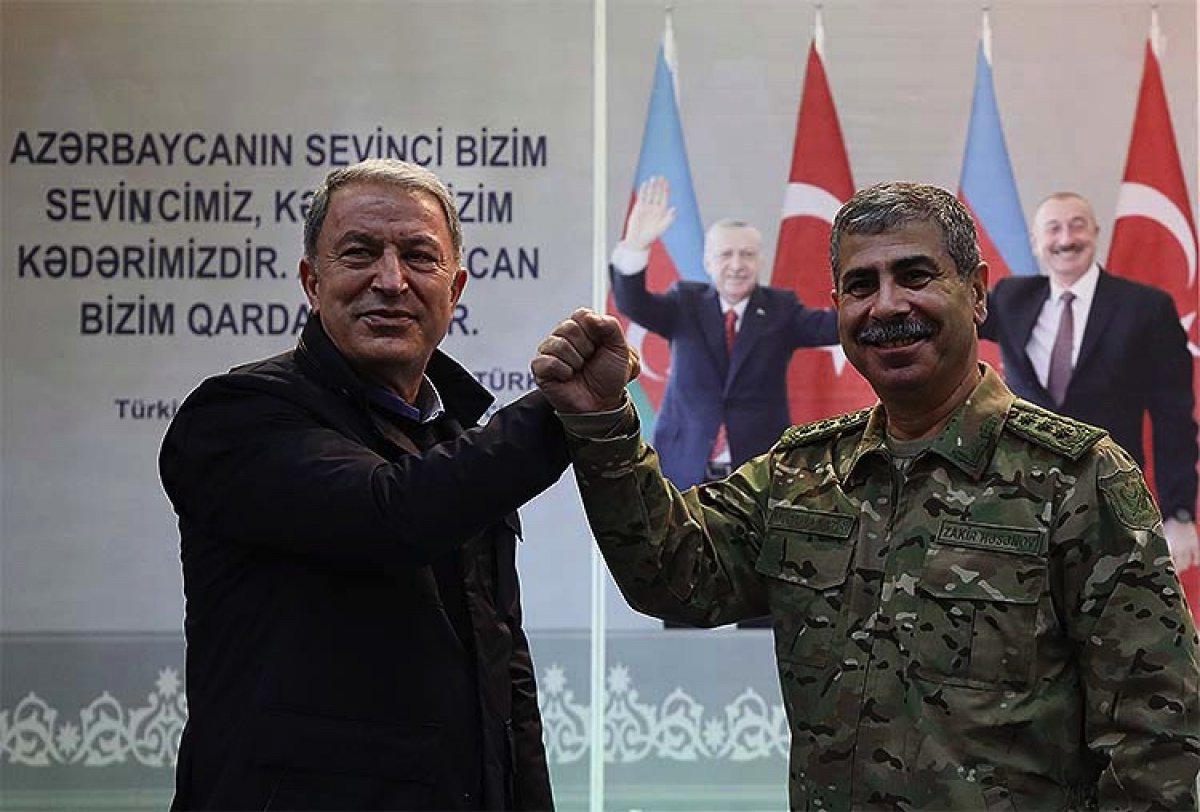 Akar noted that the Turkish and Azerbaijani troops continue to clear mines and improvised explosives planted by Armenians in the region.

Azerbaijani Defense Minister Zakir Hasanov, for his part, said: “Turkey has always been by our side. The Turkish president, defense minister and other authorities have always supported Azerbaijan.”