Akar underscored the importance of fighting against terrorism. He also touched on the ongoing tensions between Russia and Ukraine.

Regarding his meetings with Iraq’s central and regional government officials, Turkey's defense minister said that Ankara and Iraq have agreed on getting rid of terrorism as soon as possible.

Speaking to reporters on the sidelines of the Munich Security Conference, National Defense Minister Hulusi Akar said, "We all agree on the fight against terrorism and getting rid of it as soon as possible."

"I have expressed to them very clearly: 'We have been fighting (with terror) for 40 years. Now we need to get rid of it as soon as possible," Akar said. "For this reason, we reminded them of our principle 'wherever a terrorist is, that is our target.'"

Turkey has carried out a series of offensives called Pençe operations since 2019 against terrorist groups in northern Iraq, particularly the PKK. 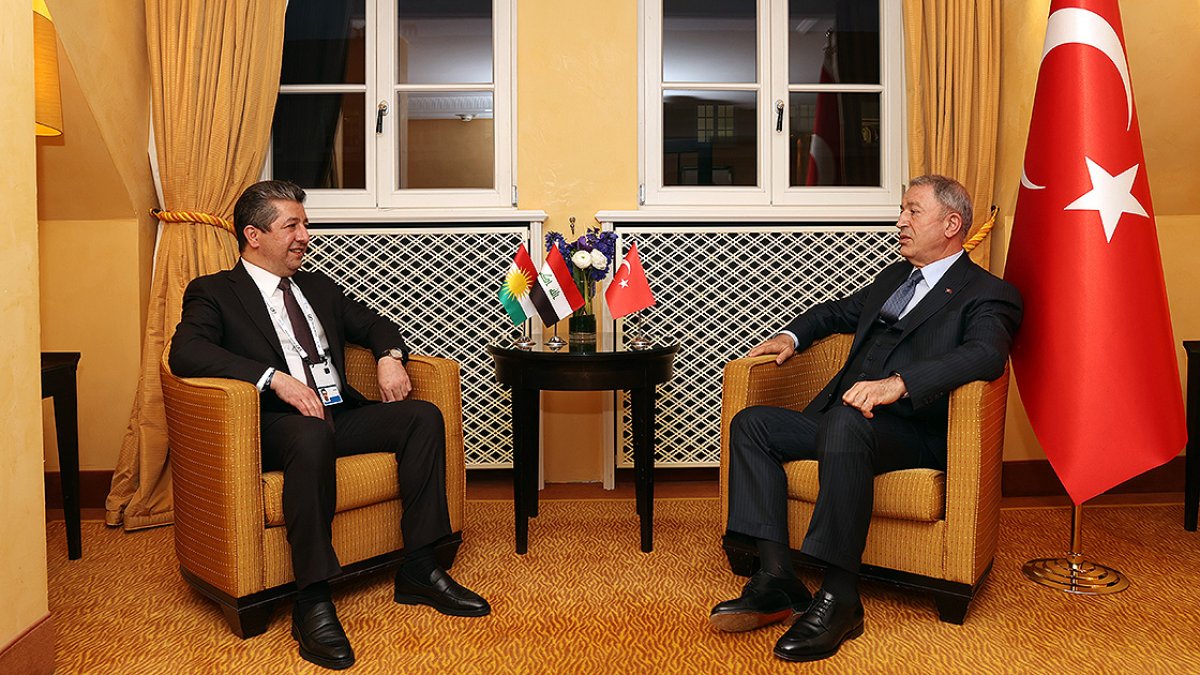 To a question on the ongoing tensions between Russia and Ukraine, Akar said the situation should be evaluated "very cautiously."

He said that any misinformation can lead to undesirable situations and they should be prevented.

Western countries have accused Russia of amassing more than 100,000 troops near Ukraine, prompting fears that it could be planning a military offensive against its ex-Soviet neighbor.

Moscow has repeatedly denied any plan to invade Ukraine and instead accused Western countries of undermining Russia’s security through NATO’s expansion toward its borders.