Jens Stoltenberg said Turkey was a key ally of the alliance.

Security concerns raised by Turkey in its opposition to Finland's and Sweden's NATO membership applications are legitimate, NATO Secretary General Jens Stoltenberg said on Sunday during a visit to Finland.

"These are legitimate concerns. This is about terrorism, it's about weapons exports," Stoltenberg told a joint news conference with Finnish President Sauli Niinisto while visiting him at his summer residence in Naantali, Finland.

Sweden and Finland applied to join the Western defence alliance last month, in response to Russia's invasion of Ukraine. But they have faced opposition from Turkey, which has accused them of supporting and harbouring PKK terroristsand other terror groups.

'Turkey is a key ally'

Stoltenberg said Turkey was a key ally of the alliance due to its strategic location on the Black Sea between Europe and the Middle East, and cited the support it has provided to Ukraine since Russia sent troops into its neighbour on Feb. 24. Moscow calls its actions a "special military operation."

"We have to remember and understand that no NATO ally has suffered more terrorist attacks than Turkiye," Stoltenberg said, using the Turkish pronunciation of the country's name, as preferred by Turkey and its President Recep Tayyip Erdoğan. 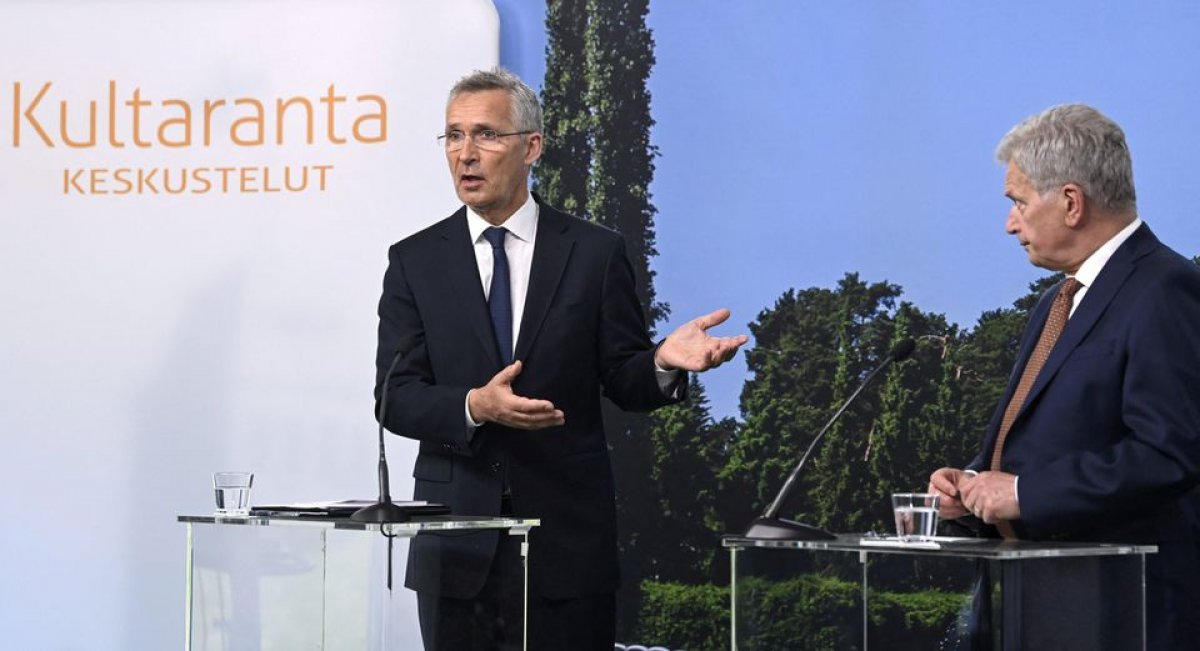 Stoltenberg and Niinisto said talks with Turkey would continue but gave no indication of progress in the negotiations, reported Reuters.

"The summit in Madrid was never a deadline," Stoltenberg said, referring to a NATO meeting in Madrid at the end of June.