Recep Tayyip Erdogan and Ursula von der Leyen discussed the ways to develop relations between Turkey and the EU and addressed regional developments, Turkey’s Communications Directorate said in a statement.

Erdogan told von der Leyen that the EU has priority in Turkey’s agenda. He reiterated that Turkey sees its future in Europe.

Turkey wants to open a new page in relations with the EU in the new year, Erdogan said, adding that 2020 could not have been made use of enough due to the whims and artificial problems that some EU members produced, according to the statement.

The Turkish president also said that updating the 2016 refugee deal would be the first step for a positive agenda on Turkey-EU relations.

Turkey and the EU signed a refugee deal in 2016, which aimed to discourage irregular migration through the Aegean Sea by taking stricter measures against human traffickers and improving the conditions of nearly four million Syrian refugees in Turkey.

Erdogan pointed out that the year 2021 offers a productive environment for new cooperation to be initiated in the field of migration.

The Turkish president also said that the Customs Union agreement between Turkey and EU should be updated, Turkish nationals should be allowed visa-free travel within the Schengen area and steps should be taken in talks on Turkey’s EU accession. 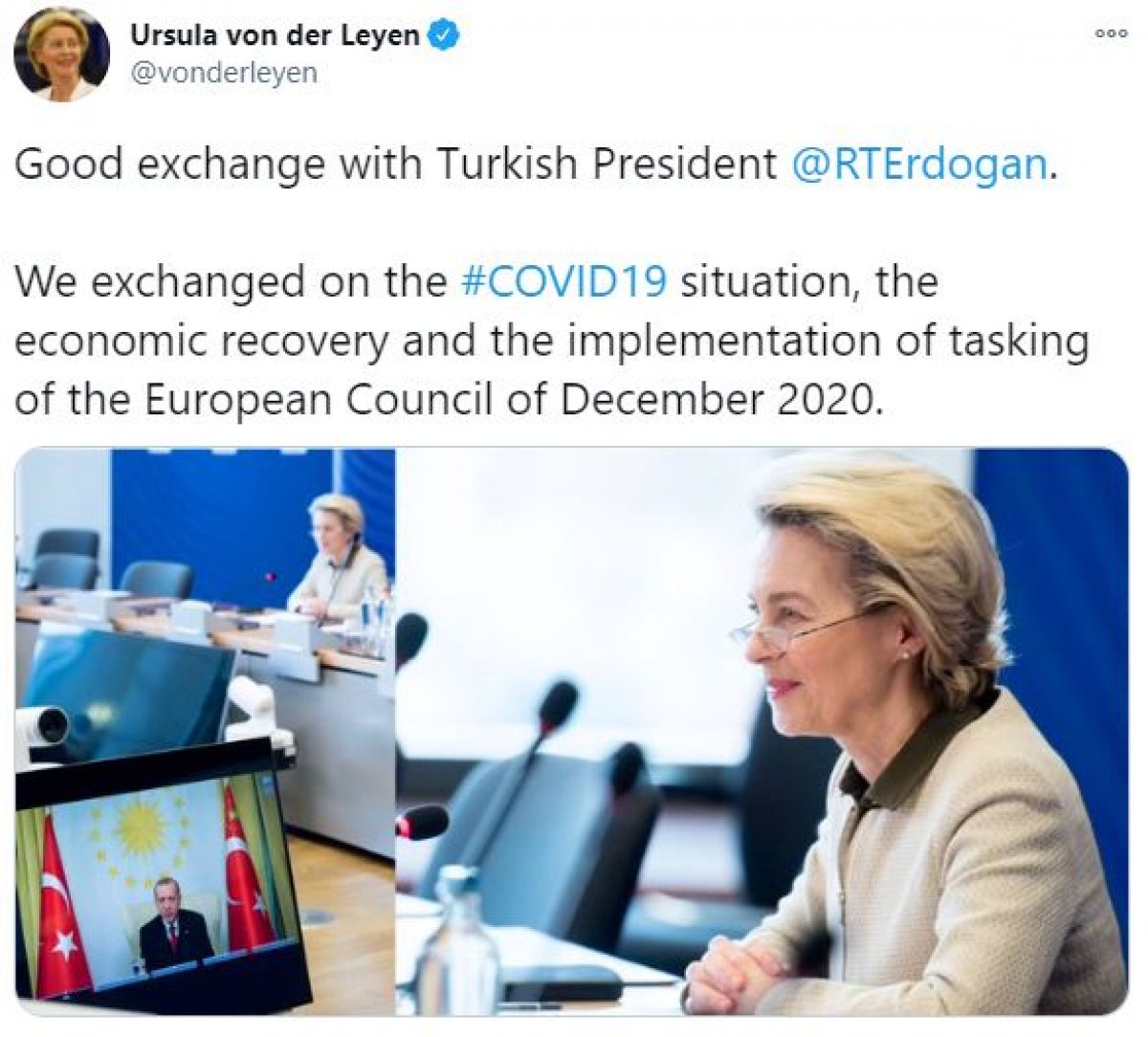 Erdogan underlined the need for an end to “exclusionary and discriminatory rhetoric” against Turkey.

Von der Leyen, for her part, said on Twitter: “Good exchange with Turkish President @RTErdogan. We exchanged on the #COVID19 situation, the economic recovery and the implementation of tasking of the European Council of December 2020.”

On Friday, Turkish Foreign Minister Mevlut Cavusoglu said that Turkey is working to turn new chapters in its relations with the EU.

The top Turkish diplomat is expected to visit Brussels to hold talks with the EU’s foreign policy chief Josep Borrell on Jan. 21.