In a visit with EU leaders set for later this month, Turkey’s top diplomat is looking to talk with an eye on results.

"Looking forward to visiting Brussels for a sincere and result-oriented dialogue," Foreign Minister Mevlut Cavusoglu said on Twitter in response to a tweet by EU foreign policy chief Josep Borrell.

Cavusoglu is expected to visit Brussels, the de facto EU capital, to hold talks with Borrell on Jan. 21.

On Saturday, Borrell tweeted after taking part in a "useful" videoconference call on Turkish-EU relations between Turkish President Recep Tayyip Erdogan and Ursula von der Leyen, the head of the European Commission. 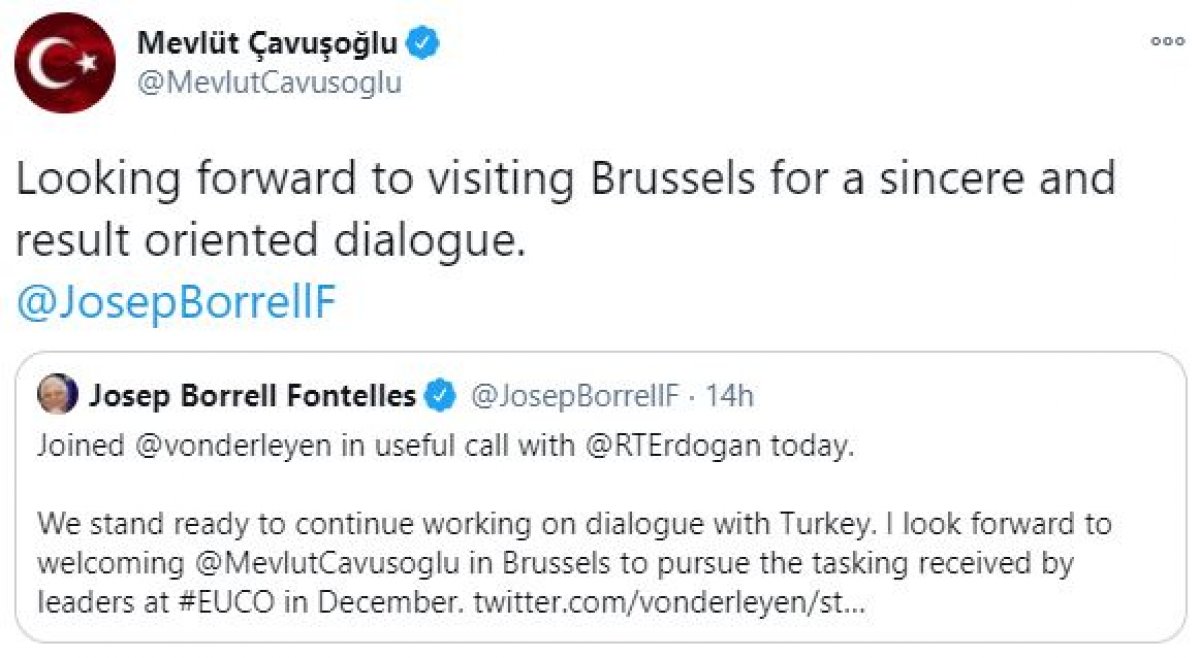 "We stand ready to continue working on dialogue with Turkey," he wrote. “I look forward to welcoming Mevlut Cavusoglu in Brussels to pursue the tasking received by leaders at EUCO [European Council meeting] in December.”

After a year of ups and downs in Turkish-EU ties, including a push by some member states to impose sanctions on Turkey over bilateral issues, Turkish leaders have said they hope for progress in ties this year, and expect the EU to take steps toward this end.

Turkey has been an official candidate for EU membership since 2005, but progress towards its accession has been stalled for years.