Haftar and his supporters to be targeted if they attack Turkish elements, Hulusi Akar says.

Hulusi Akar, who visited the Libya Task Group Command, addressed the troops and said the Turkish Armed Forces has been going through a busy period.

Akar said the armed forces that discharge duties for the security of 83 million people in Turkey also do their best to contribute to the security of all friendly countries such as Libya, Azerbaijan and the Turkish Republic of Northern Cyprus (TRNC).

"The main problem in Libya is the coup leader [Khalifa] Haftar and his supporters, and that's where the problem stems," he said, emphasizing that the legitimate government in Libya is the Government of National Accord (GNA) that was formed under a UN initiative. 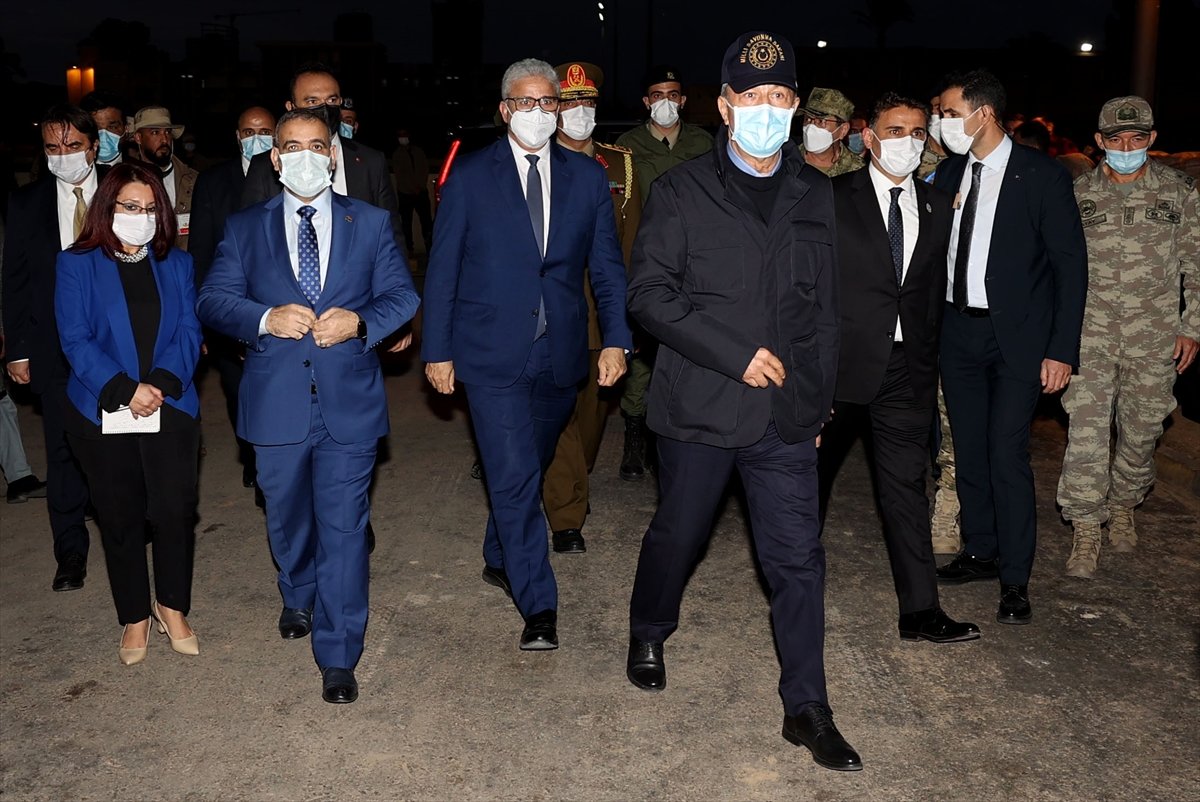 Highlighting that Haftar was responsible for the bloodshed in Libya, Akar said: “Killer Haftar and his supporters will be seen as legitimate targets everywhere, if Turkish elements are attacked.”

Libya has been torn by a civil war since the ouster of late ruler Muammar Gaddafi in 2011.

The GNA was founded in 2015 under a UN-led agreement, but efforts for a long-term settlement failed due to a military offensive by forces loyal to Haftar. He launched an onslaught on the capital Tripoli in April 2019 but was pushed back.

A cease-fire was agreed on in late October, and negotiations for an interim setup before presidential and parliamentary elections on Dec. 24, 2021 are continuing. 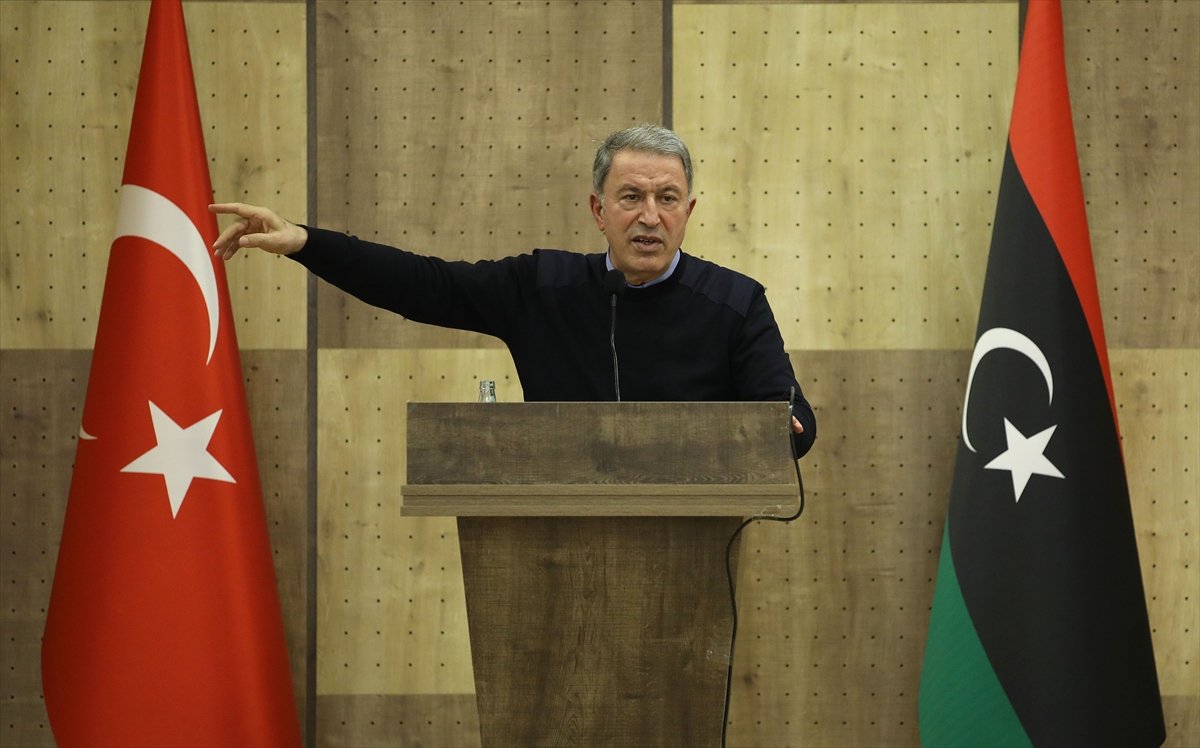